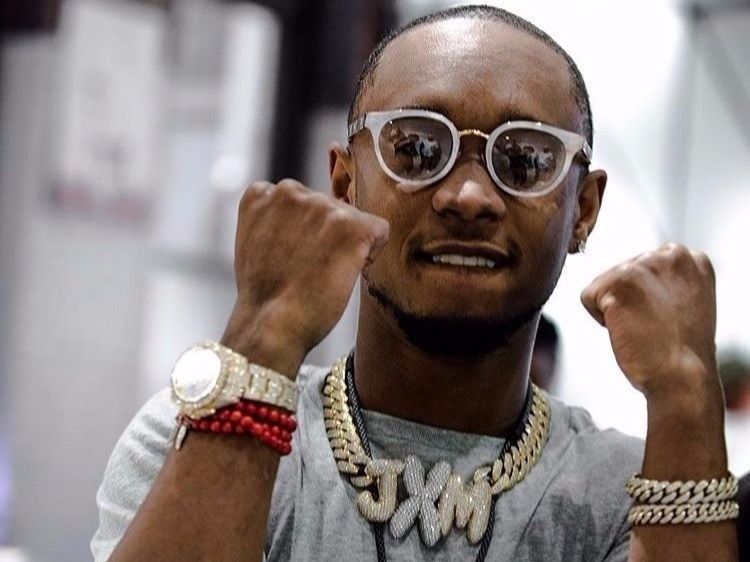 As the buzz surrounding the possibility that Kylie Jenner is pregnant with Travis Scott’s child begins to wane, Slim Jxmmi had some news of his own. The Rae Sremmurd rapper confirmed on Twitter early Friday morning (September 22) that he’s going to be a father.

I have a child on the way

Several of his fans congratulated Jxmmi after hearing the news, but one Twitter user cleverly pointed out that Jxmmi once wore a shirt that said, “I WEAR CONDOMS!”

As of now, there are no further details available on who the mother of Jxmmi’s child is or when he or she is expected to arrive.

Jxmmi and his Rae Sremmurd counterpart, Swae Lee, are working on finalizing SremmLife3, and recently announced they’re performing at the 2017 Rolling Loud Festival in Southern California.