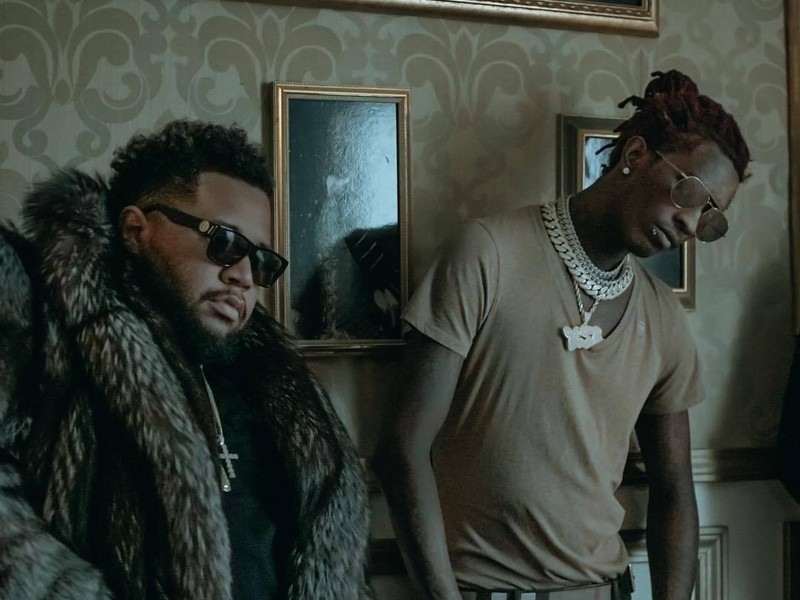 Another Young Thug project has arrived with little promotion. This time, the Atlanta rapper links up with producer Carnage for the Young Martha EP.

The release is Thug’s follow-up to June’s Beautiful Thugger Girls album and Carnage’s second collaborative EP of 2017. Earlier this year, the beatmaker teamed with G-Eazy for the Step Brothers EP.

View the stream, cover art and tracklist for Young Martha below.

(The original version of this article was published on September 18, 2017 and can found below.)

More music from Young Thug is coming this Friday (September 22). The Beautiful Thugger Girls rapper has joined forces with producer Carnage to form Young Martha with plans to release their debut EP later this week.

The project is Carnage’s second collaborative release of 2017, having teamed up with G-Eazy for the Step Brothers EP in March. The producer unveiled the release date for his Thugger collab earlier this month via Instagram, but the announcement has flown under the radar.

The lack of attention comes as a bit of a surprise due to the popularity of the EP’s lead single, “Homie” featuring Meek Mill. A music video for the track has already racked up one million views on YouTube since its premiere on September 7.

Watch the “Homie” video below.