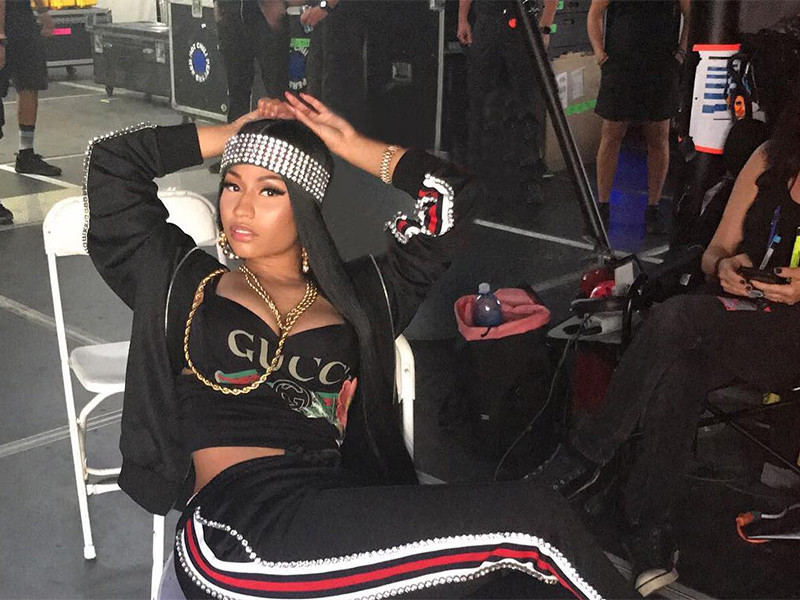 Nicki Minaj has admitted that she doesn’t know when her next album will be finished.

In a recent interview with Dazed, Minaj revealed that she has spent most of the year so far working on the follow-up to 2014’s The Pinkprint, but refuses to put a deadline on the project. That doesn’t mean she hasn’t been working hard, though.

Nicki explained that the main reason for taking her time on the album is to make sure her fans get a classic when all is said and done.

“I’ve seen my fans grow up for the last ten years, which is crazy. I’ve been following some of them for eight years on Twitter. Imagine that. There are kids who have gone to college tweeting me their freaking degrees when they graduate, or tweeting me pictures of their babies and I remember when they had just come out of high school. I’m just like, ‘Yo.’ It’s a beautiful thing. I don’t take that for granted. That’s why I’m not rushing the album, because it means so much to me. I have to release a classic at this point.”

Of course, Nicki’s impact hasn’t diminished much in the years since her last full-length album. Fans seem very interested in her budding romantic relationship with Nas, and she regularly features on major hits by stars like Gucci Mane, Yo Gotti and Fergie. She’s also been dropping loosies in the meantime, including “No Frauds” with Lil Wayne and Drake during her beef with Remy Ma.

When the crowd really has no clue you're about to come out. They all find out at diff times so it gets louder n louder. This crowd was so fkn dope. S/o Future & Yo Gotti #TheMeadows

In March, Minaj also broke Aretha Franklin’s record for the most Billboard Hot 100 tracks for any female artist in history.

Besides her worth ethic, Minaj didn’t reveal much about the album, and warned fans not to draw any conclusions from who they see enter the studio with her — “Not everybody that comes in leaves me with something I actually love or will rap on. I know people always think that. Trust me, you can’t take those pictures as hints all the time. I would never give it up like that.”