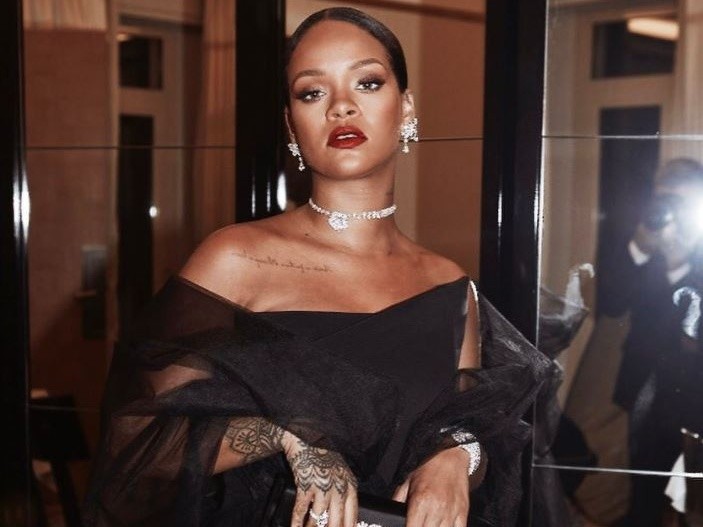 Held on Thursday (September 14) at New York City’s Cipriani, the extravagant affair was co-hosted by actor/comedian Dave Chappelle and dubbed as a benefit for RiRi’s Clara Lionel Foundation. Beyoncé, JAY-Z, Young Thug and Cardi B were among the many who attended the event.

According to the Washington Post, Rihanna encouraged the crowd drink enough alcohol until they felt generous.

“The more you drink, the more inspired you’ll be to donate money… and help kids around the world,” she said.

In Obama’s video message to Rihanna, the former president praised the Barbadian singer for her philanthropic work and applauded her for becoming “a powerful force.”

In addition to a few jokes courtesy of Dave Chappelle, guests at the Diamond Ball were also treated to a performance from Compton rap god Kendrick Lamar, who performed songs like “HUMBLE.,” “Alright,” and the Rihanna-assisted “LOYALTY.”

Rihanna enjoying herself while Kendrick performs "Loyalty" at her Diamond Ball ?⚡️

A number of items were also auctioned off, including tickets to the upcoming Obama Foundation Fall Summit in Chicago. The pair of tickets proved to be a hot commodity and sold for $275,000.

The money will go towards scholarships, an oncology and nuclear medicine center in Barbados, and other programs funded by the Clara Lionel Foundation.