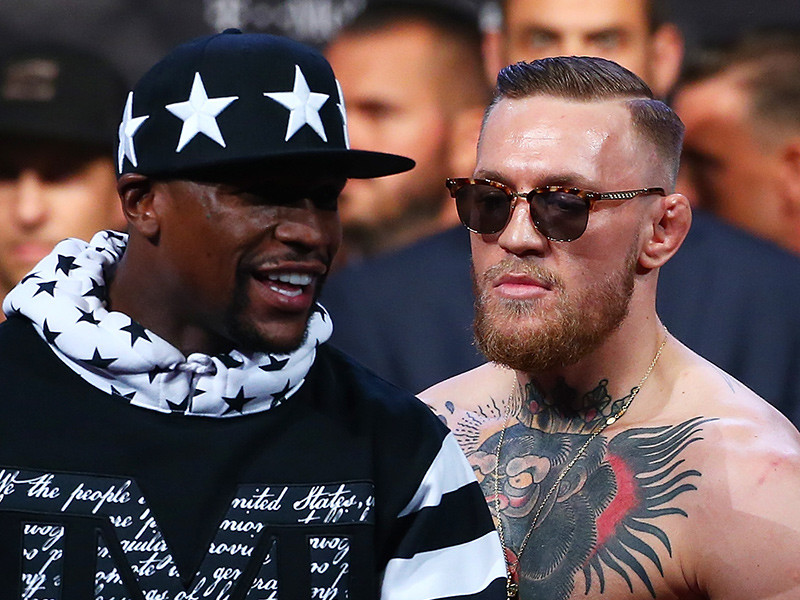 Brooklyn, NY – Whether it’s been his choice of attire or his choice of words, Conor McGregor has been the talk of the town (three towns, in fact) for most of the the four-city global tour to promote his fight with Floyd Mayweather.

But during Thursday’s third press conference, which went down at Brooklyn’s Barclays Center, Twitter had a new target for its barbs: host Doug E. Fresh.

Fans of UFC, boxing and drama in general tuned in to the third of four pressers for the August 26 fight — and many of those fans then took to Twitter to slate the hosting performance of the legendary beatboxer/rapper, who appeared to be on stage for far longer than he knew what to do with.

What the fuck is Doug E. Fresh doing? This is painful.

Doug E Fresh stalling this McGregor/Mayweather press conference might be the most cringe thing I've ever watched.

Other commentators, however, sympathized with Fresh’s predicament, pointing out that stalling for a packed crowd that was only interested in two things — Mayweather and McGregor  — was anything but an easy task.

Don't any of you speak ill of Doug E Fresh's name. He's been given the impossible task of stalling for a packed, irritated Barclays

Doug E Fresh being left out there to die slowly, poor guy #MayMacWorldTour

Doug E. Fresh is legend in history of Hip Hop but for Christ sake its 2017 not 1987 this is not Sugar Ray vs Marvin Hagler #MayMacWorldTour

Fresh appears at one hour and 37 minutes into the video, and you can see for yourself that it doesn’t start well — with muted reactions from the crowd to banter as straightforward as “How y’all doing on this side?”

Watch the full press conference below.