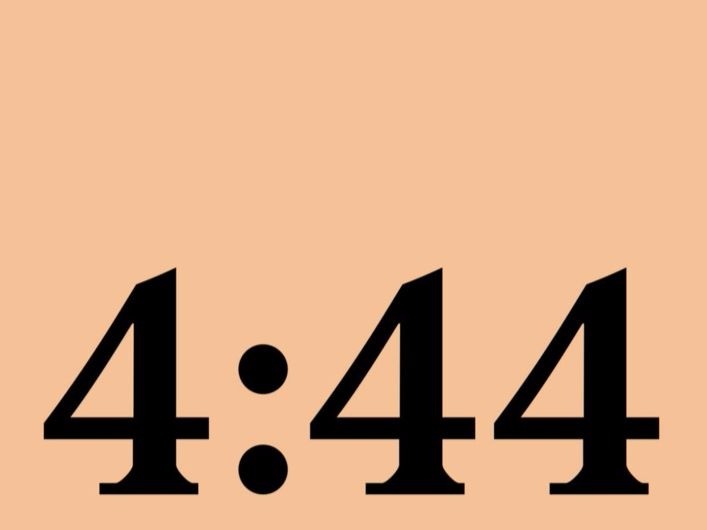 Although JAY-Z’s well received album 4:44 was released on iTunes at midnight on Friday (July 7), the three bonus songs engineer Young Guru promised — “Adnis,” “Blue’s Freestyle/We Family” and “ManyFacedGod” — are not available as part of the purchase. The only way to hear the bonus tracks in full, aside from low-quality leaked versions online, is by purchasing a physical copy of the album.

One of the most talked about tracks is “Blue’s Freestyle/ We Family,” which begins with Beyoncé and JAY’s 5-year-old daughter Blue Ivy spitting her own rhymes. “Boom shakalaka boom shakalaka /everything in shaka /everything in faka,” she raps, inadvertently becoming the latest seed to follow in their parents’ footsteps.

Though the bootlegs are disappearing from the internet, at least we still have the now non-exclusive version of the video for “The Story Of O.J.” Revisit that below before taking off to the local record store.

(The original version of the article was published July 6, 2017 and can be found below.)

With the physical release of JAY-Z’s new album 4:44 less than 24 hours away, three bonus songs from the celebrated project have made their way online, including the previously teased single “Adnis,” “Blue’s Freestyle/ We Family” and “ManyFacedGod” featuring British singer James Blake.

Universal Music posted the full tracklist to its website earlier this week, revealing 4:44 is in fact a 13-track effort.

Hov’s 13th studio album was released on June 30 as TIDAL exclusive and has already gone Platinum thanks to a deal with Sprint, the company that initially bought 1 million downloads.

Produced by No I.D., the album’s beats were reportedly heavily influenced by JAY’s private playlists, which led to samples from musical icons like Nina Simone and Stevie Wonder. In an interview with Rolling Stone published on June 30, I.D. said, “There’s three more songs that are coming out as bonuses. James Blake came in and joined into the process. There’s more coming shortly that’s equally as revealing.”

Listen to a clip of “Adnis” above and cop the 10-track album on iTunes here.