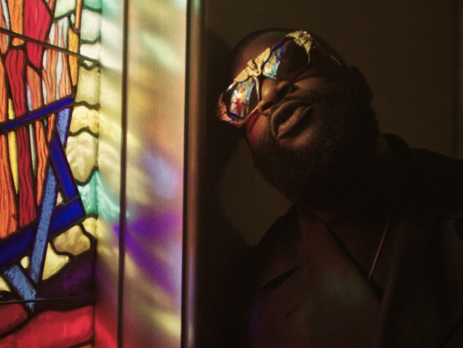 Several weeks ago, Birdman and Sy Ari Da Kid released a music visual at the expense of Rick Ross’ likeness.

After commanding attention with the audio for his anti-Cash Money record, “Idols Become Rivals,” Rozay has gone in for the kill with a visual of his own.

When it comes to the competition between Maybach Music and Cash Money, there are no measures taken to downplay any excess of wealth. Much of the Ryan Synder-directed video takes place on Rozay’s 302-acre estate, which is dubbed “Promise Land” and sports the typical bevy of luxury vehicles namedropped in the Bawse’s music as well as a stable of Luc Belaire.

“I used to see you niggas on my TV screen/And wondered what was life like, was it all a dream?/And then I met you out on LiveNation dates/Came to the realization that your watch was fake”

The most surprising chapter of the “Idols Become Rivals” video comes not from the hostile gospel opener but courtesy of the cameo from former Cash Money hitmaker Shondrae “Bangladesh” Crawford (“A Milli,” “6 Foot, 7 Foot,” “Did It On’em”), who infamously sued the house Baby built, went on to sign a production deal — and still walked away unhappy.

For his bridge-burning effort, Ross saw the accompanying album, Rather You Than Me debut at No. 3 on the Billboard 200 with more than 105,000 units sold its first week out. Following the initial release of “Idols Become Rivals,” Birdman dismissed the track as “hoe shit.”

“I just keep doing what I’m doing and keep pushing. I don’t get caught up in that, I don’t play like that,” he told Billboard back in March. “I’m a man and I stand my ground and I do my thing. Numbers don’t lie, and that’s all I give a fuck about: numbers, and puttin’ them up.”

It’ll be interesting to see what he, DJ Khaled and Lil Wayne will have to say about the record now that it’s in living color on YouTube. Watch the “Idols Become Rivals” video down below.