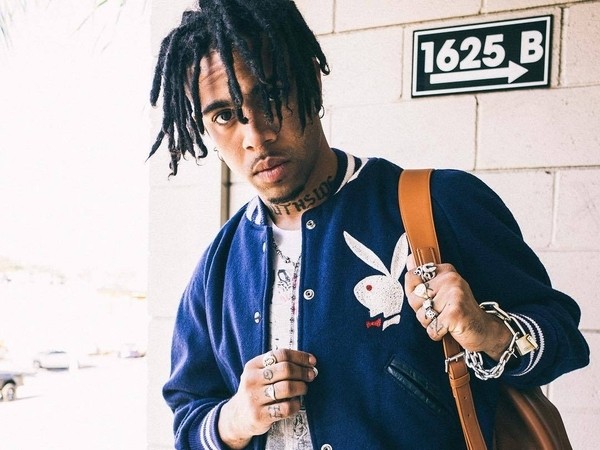 The artwork plays into the EP’s title with its worn down appearance, complete with stains. “Publisher’s Proof Copy” is seen in big red print in the bottom right corner while a “thank you for reading” message is stylized to look like Vic’s handwriting.

Although Vic did not have any more announcements about the EP, FakeShoreDrive’s Andrew Barber revealed the first single is titled “Oh My Goodness.” The song is a collaboration with Pusha T and Pharrell, who also produced the track.

View The Manuscript EP’s cover art below. Vic’s next release is scheduled to drop on June 8.

(This article was originally published on June 6, 2017. It can be viewed below.)

Reports of a new Vic Mensa album emerged last week, but it turns out that his next release will be an EP. Vic announced a project titled The Manuscript will be released on Thursday (June 8).

Vic’s project rollout began with a simple video featuring a snippet from the EP. An unknown singer is heard delivering what appears to be the hook before the beginning of Vic’s verse comes to an abrupt end. The video then reveals the EP’s title and release date.

“Deep down everyone’s a rock star/Right now I’m the only one to take it this far, take it this far/Up high in a glass elevator/Look down on my city, see you later/I, I always take it too far,” the unindentified person sings.

FakeShoreDrive’s Andrew Barber said the album Vic previewed for him was due out this summer, but it is unclear if that was a completely different project than The Manuscript. Vic’s tweet labeled the EP as “1 of 2,” so it’s possible that two EPs will be combined for an LP or The Manuscript is the first of two impending releases.