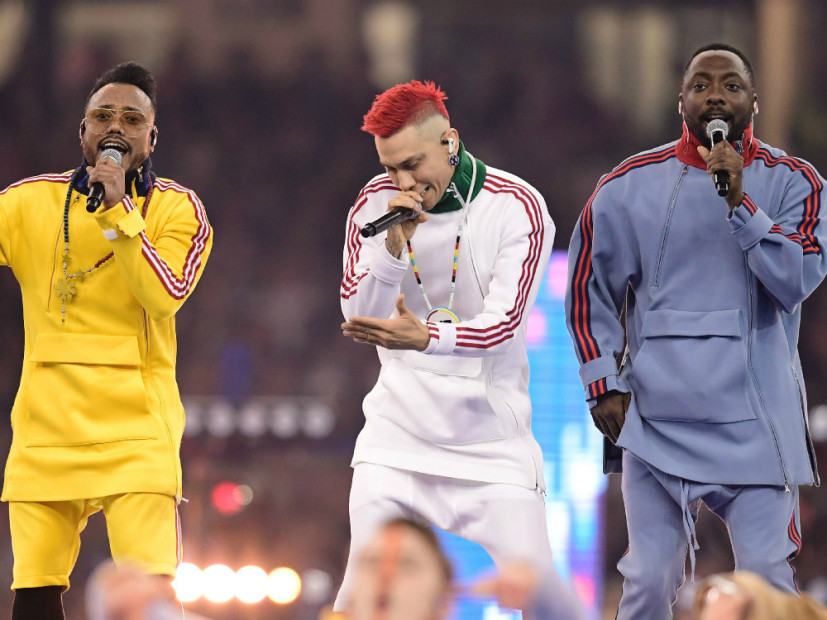 The Black Eyed Peas have been a topic of discussion this week after longtime vocalist Fergie was reported to be leaving the group to work on new solo material. will.i.am confirmed Fergie is still indeed a Black Eyed Pea, but she was not on hand for this latest performance.

The new-look BEP hit the Principality Stadium stage ahead of the UEFA Champions League Final between Real Madrid and Juventus, delaying the kickoff to the game and getting slammed on social media for the performance.

While organizers of the event may have overestimated BEP’s importance in relation to one of the biggest soccer matches of the year, fans on social media made sure that their displeasure in the group taking over the pitch for the concert was heard. Instead of revelers swaying to the pop beat styling of will.i.am., Taboo, and Apl De Ap, fans just wanted the match to get on already.

As reported by The Telegraph, the BEP’s set wasn’t pulled off well but that could just be match delay frustration talking.

We’ve collected some of the online Black Eyed Peas criticism below.

Please don't allow the Black Eyed Peas to perform before a Champions League Final ever again.

Thank you Black Eyed Peas. No matter what happens during the game, it cannot possibly be worse than this performance.

#uclfinal2017
The Black Eyed Peas without Fergie at the Champions League Final
me: pic.twitter.com/lieL2xh5ch

When you wait all season for the CL Final only for KO to be delayed because of a Blacked Eyed Peas performance pic.twitter.com/AxAxeWWbSQ

Players made to wait in tunnel during Black Eyed Peas act. Match start delayed. Cart before the horse.

If only all these footballers would stop warming up we could get on with the opening ceremony, which is what everyone's here for.

The Black Eyed Peas checking Twitter for reaction after the show… pic.twitter.com/7pNiuo9Ukq

Nobody cares about Black Eyed Peas anymore, it's not 2008