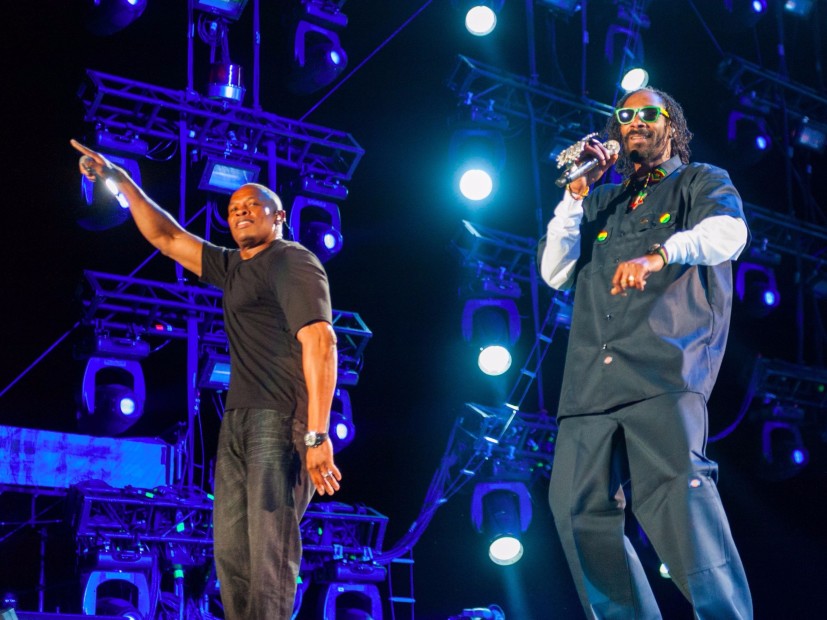 Before 19-year-old Snoop Doggy Dogg joined Dr. Dre for 1992’s breakout hit, “Deep Cover,” the Long Beach legend was a just another teenager kicking it on the block, trying to jumpstart a rap career. But as fate would have it, that same year, the N.W.A mastermind heard Snoop’s mixtape at a bachelor party and immediately took interest, but Snoop almost missed that connection when he reportedly hung up on the rap mogul.

According to an interview in the upcoming HBO documentary The Defiant Ones – a four part series highlighting the relationship between Interscope’s Jimmy Iovine and Dr. Dre — Dre told his stepbrother Warren G, “This is a fucking diamond in the rough and we need to polish it up!”

But when Dr. Dre called Snoop, the then-drug dealer dismissed it as a prank call. “This ain’t no motherfuckin’ Dr. Dre,” he said — click. Dre persisted and left him a follow-up voicemail, which eventually convinced Snoop he was the real deal. As the saying goes — the rest is history.

It’s hard to imagine a Hip Hop landscape without the undeniable chemistry of Dre and Snoop. The two went on to create one of the genre’s most celebrated albums, 1992’s The Chronic, which helped usher in the G-Funk era. Dre is now one of rap’s biggest success stories, while Snoop continues to hold down his place in Hip Hop history. His most recent album, Neva Left, debuted May 19.

The Defiant Ones premieres on July 9.

Check out a teaser for the series below and revisit “Deep Cover” above.