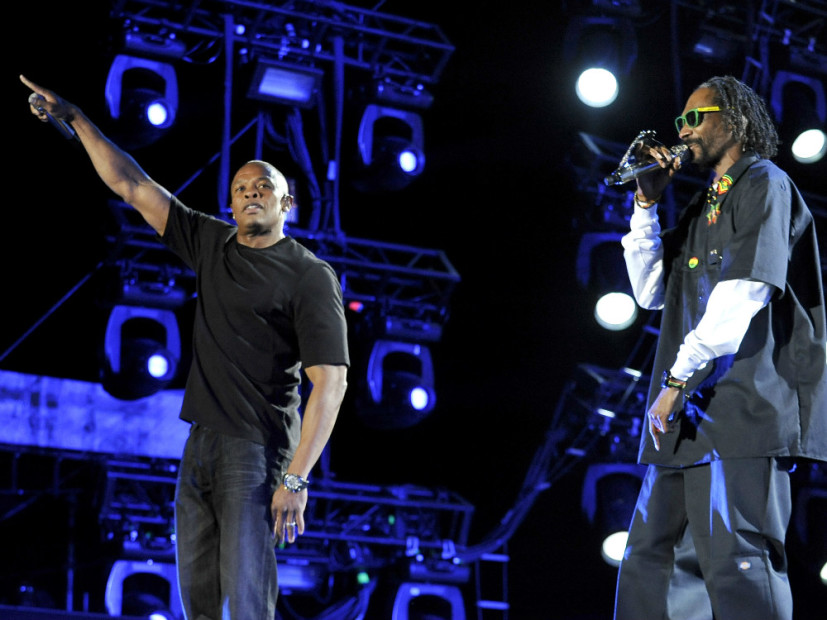 Twenty-five years ago today, Dr. Dre — who aspires to bring the 2024 Olympics to Los Angeles — dropped his first solo song, “Deep Cover,” also widely known as “187.” The song, which appeared on the soundtrack for the Jeff Goldblum and Laurence Fishburne film of the same name, was the first release by Dre post-N.W.A and was a pinnacle make-or-break moment for the future of the now legendary Death Row Records. The Deep Cover album peaked at #166 on the Billboard 200, a far cry from the record-breaking success Dre had seen alongside Eazy-E, Ice Cube, MC Ren, and DJ Yella. However, the record established Dre as a breakout artist and introduced the world to Snoop Doggy Dogg — who just last week helped induct 2Pac into the Rock and Roll Hall of Fame.

The chemistry of Snoop and Dre was electric and undeniable, and the song was poised to be the lead single off of the now classic LP The Chronic, which has since gone three-times platinum. That all changed, though, after seeing the blow-back that Ice-T’s group Body Count received from their aptly titled “Cop Killer.” They — wisely — thought it best to cut the song from the album. The eventual lead single, “Nuthin’ But A ‘G’ Thang” put Dre, Snoop, and Death Row on a whole new level, and changed the direction of West Coast rap.

Back in 2015, Snoop and Dre recounted the making of “Deep Cover” on Dre’s own Beats 1 radio show, The Pharmacy.

“We’d be partying for a while, we’d go into the studio. I had a makeshift studio in my bedroom and Snoop came in and the song it just happened,” Dre shared. “And we did the song before we knew it would be a part of this movie, Deep Cover.”

“It was crazy because I remember he just gave me the first line,” Snoop added.

Today, 25 years after its initial release — it’s still “187 on an undercover cop.” The song holds up and reigns as one of the quintessential examples of “gangsta rap,” and its storyline has inspired countless others. Most notably, Big Pun and Fat Joe remade the song on Pun’s platinum debut album Capital Punishment. Snoop made a cameo in the video — in case you forgot.

When it comes to dropping hard-ass bars, “Deep Cover” is an instrumental of choice and a staple anthem of ’90s West Coast tough-guy-ism. Here are 10 examples of rappers going in on the record.