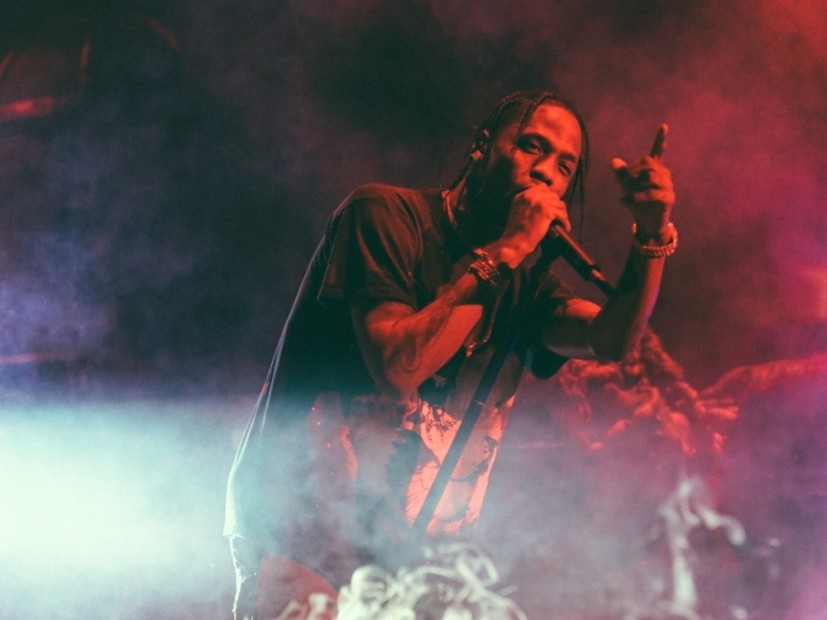 Houston, TX – Travis Scott delighted listeners by releasing three new songs yesterday (May 15), but it is his much discussed album with Quavo that has fans on pins and needles. The man behind the platinum single “Pick Up the Phone” stoked the flames of anticipation by providing an update on the project in a new interview with GQ.

“The Quavo album is coming soon,” he said. “I’m dropping new music soon. You know how I do it though: I like surprises.”

When asked about the album’s title, Scott simply told GQ that he and Quavo are “all about surprises.” While it may not be much, Scott’s update finally confirmed the LP’s existence in an official manner. Until now, the album had only been referenced on Twitter and a brief mention on Beats 1’s .WAV Radio last December.

The GQ interview also explored the creation of the animatronic bird Travis uses at his concerts. Scott, who recently spent less than 15 minutes in jail for allegedly inciting a riot, explained how he came up with the design and expressed his frustration over not getting to use its full potential at every venue.

“It was something I designed, and I worked with this company and John McGuire [who helped design Kanye West’s Yeezus Tour set], but it was something I was putting together, like, it was something I drew,” Scott said. “I went to Legoland with my friends one time, and I saw these big ass Legos blown up huge. So it made me think about how I could make something huge and blow it up. And there’s way more the bird can do but it’s just the venues and shows wouldn’t allow my bird to fly, but the bird can fly.”

Preview Of What’s To Come?: Quavo and Scott most recently collaborated on The Fate of the Furious record, “Go Off.”

Fans can experience the animatronic bird by attending one of the remaining shows on Scott’s Bird’s Eye View Tour. Scott plans to bring it on Kendrick Lamar’s The DAMN. Tour too, so don’t be surprised if K. Dot gets in on the fun during a performance of “goosebumps,” their Birds In The Trap Sing McKnight collaboration that dented the Billboard 100.