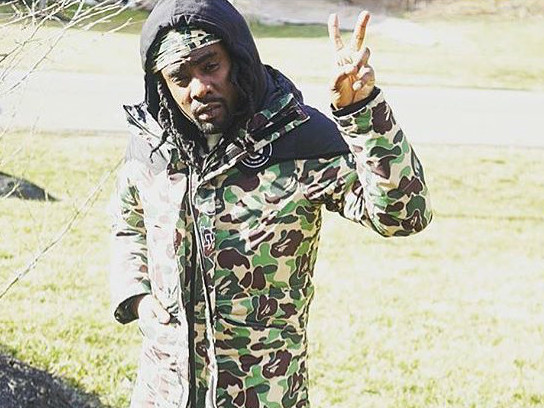 #SquabbleUpChallenge: Wale & Anthony Fantano Almost Get Into It With Help Of Vince Staples

Twitter – Like Erykah Badu said at the beginning of “Tyrone” on her platinum-selling Live album, “Now keep in mind I’m an artist and I’m sensitive about my shit.”

Someone who understands that completely is Wale who recently blasted The Needle Drop host Anthony Fantano over comments made about several tracks from the MMG rapper’s latest LP, Shine.

One of the worst rap songs I've heard so far in 2017. pic.twitter.com/FCfPntVp6X

And here we have one of the ugliest attempts at capitalizing on the Caribbean craze: pic.twitter.com/U4ZtKtUkFy

Of course, Wale had some issues with Fantano’s Caribbean characterization considering his well-known Nigerian heritage.

@theneedledrop Wow man .. ugly attempt at Caribbean ? Man that's Afro beat that's my naija culture . I was born into this sound . This is OUR sound

Fantano wasn’t buying it, saying this in a Twitter video.

“On this song, you featured and credited Diplo by way of Major Lazer, a trio known for fusing Western pop music and house music with Caribbean music, with dancehall, with reggae,” said Fantano. “And that vibe comes through on this track, and I’m not sure why you’re not hearing that.”

Of course, Wale used this as an example of the media criticizing music they don’t understand.

God forbid a nigerian make naija music wit @wizkidayo one of the most successful nigerian artist on the planet .@theneedledrop played yaself https://t.co/WeGcpwgwQ1

A 100 pct African … what African music should sound like .. how is this possible in 2017 https://t.co/ujlsWZyNvK

This isn’t the first time Fantano has faced this accusation as anyone who recently watched his review of Kendrick Lamar’s Damn. would know.

Some time later, Vince Staples, who recently called rap beef “corny,” hopped into the Wale conversation and offered a way to squash the issue between the two.

Anthony Fantano and Wale need to squabble up.

Vince McMahon .. u know what happens when u get physical wit ppl like him .. imagine him tellin u about a genre you literally grew up in https://t.co/0S13vJ73L3

Give me a abailable date Tony y'all around the same size it should be a coo lil fade I'll go get the gloves from Cig 5 right now. https://t.co/Wib2ZPRfci

I wanna thank @vincestaples for making this beef relevant.

Nigga you think I'm playing I'm really tryna set this fade up. Let's get all the way negative. https://t.co/Bt1Zh2yjFQ

Eventually, Fantano dodged the fade before Wale and Staples started to clown around about it.

Being "the guy who fought Wale" is probably impossible to live down. https://t.co/fYpk0AIhGl

Tony Fantano just turned down Wale fade let it be known. This is why I love Hip Hop #SquabbleUpChallenge #SquabbleUpMovement

Though released last week, Shine has yet to be given an official Metacritic score, but the reviews for the project seem to be mixed.