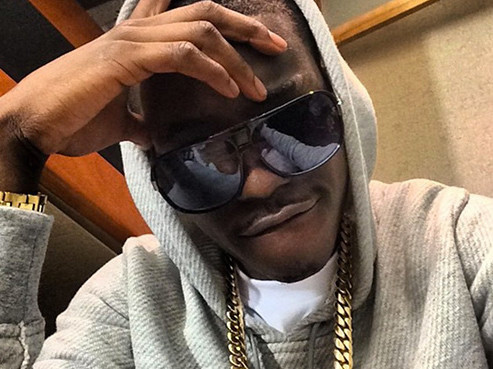 Bobby Shmurda Sentenced Up To 4 Years In Shank Case

New York, NY – Though Bobby Shmurda is currently serving his seven-year sentence for conspiracy involving charges for murder, drugs and gun possession among others, it looks like he’ll have some added marks on his record.

The “Hot Nigga” rapper, born Ackquille Pollard, is now paying a price for taking a homemade knife made by his girlfriend during a visit with a possible addition of four more years, as he was sentenced today (April 7), NBC New York reports. However, the new sentence runs concurrently and won’t be added to his already over half a decade time.

“Pollard has now resolved all of his legal matters and looks forward to getting back with his career,” the rapper’s lawyer said after the ruling.

In June 2015, Kimberly Rousseau reportedly tried to reach under her bra and give Shmurda a shank while the rapper was behind bars for the conspiracy case.

Maybe he needed the help. According to a report in February, he was transferred to Clinton Correctional Facility in Dannemora, New York following an inmate attempting to stab the Brooklyn rapper.

A spokesman for Shmurda’s family Allen DeWane told reporters about the incident at the time.

“These are lowlives,” DeWane said. “They think they can score brownie points if they get a star.”

The prison, dubbed “Little Siberia” because of its remote location and low temperatures, is in the north of New York state, about 20 miles from the Canadian border. It has previously housed rappers 2Pac, Ol’ Dirty Bastard and Maino, as well as famed mobster Charles “Lucky” Luciano.

Obviously, new music from Shmurda won’t be hitting the world anytime soon, but Meek Mill and Trav got a prison verse from him in February.