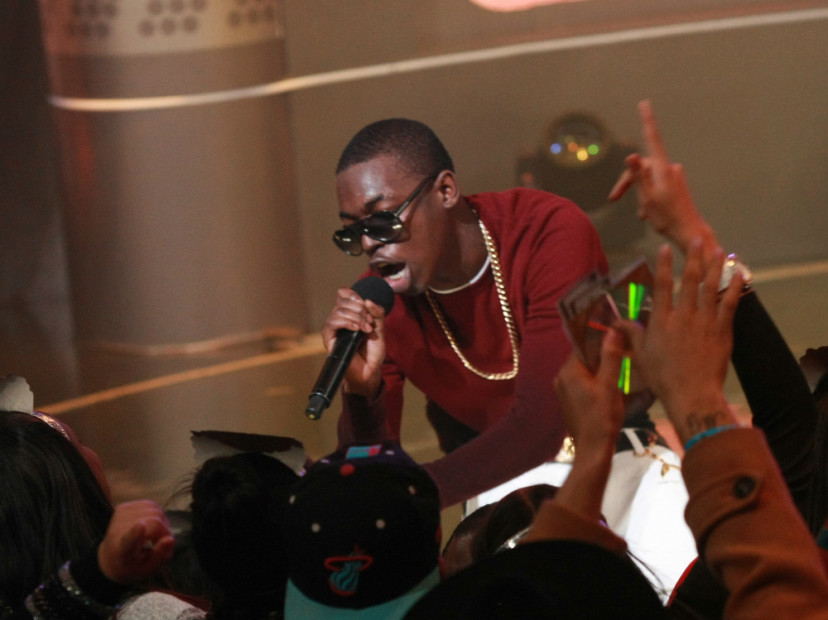 Bobby Shmurda Gets 7 Years In Prison

Bobby Shmurda pleaded guilty today (September 9) in his murder conspiracy case, according to TMZ and Billboard.

The “Hot Nigga” rapper — born Ackquille Pollard — struck a deal that will give him seven years in prison with five years probation following his release.

The celebrity website says its reporter was in the courtroom and heard Shmurda’s team discussing the deal, saying that it was better than facing a jury in a trial where the stakes were as high as life in prison.

Billboard adds that Chad “Rowdy Rebel” Marshall and Nicholas McCoy also pleaded guilty to the same deal. The publication breaks down the charges, saying that Shmurda pleaded guilty to 4th-degree conspiracy and 2nd-degree criminal weapons possession. He agreed to have no appeal but gets credit for time served, which is two years since he was taken into custody.

Shmurda was arrested in December 2014 with members of his GS9 crew on weapons and murder charges. He has been denied a bail of $2 million multiple times and didn’t get any financial help with the bail money from his label, Epic Records.

Watch the video below to check out the events leading up to Bobby Shmurda’s eventual road to prison life.