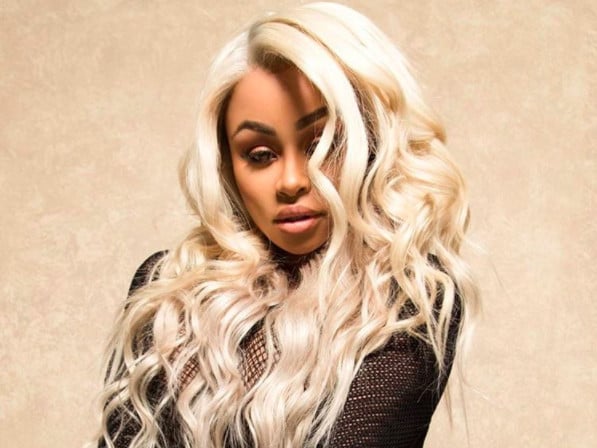 Snapchat – In a profanity-ridden Snapchat rant, Blac Chyna went off on baby daddy Tyga for allegedly slacking on the child support payments, according to US Magazine. The former couple had a son, King Cairo Stevenson, in 2012 and since then, it’s been nothing but a bumpy road for Tyga, who seems to be swimming in consistent legal troubles. Chyna, however, has clearly run out of patience.

“It’s funny now to me,” Chyna wrote. “But when Tyga and side nigga kicked me out!!! And they wanted to see me fail! lol And 2 grind from the dirt !!!!! No child support! Nigga is like hoes! So imma treat u like that!”

Chyna, who recently had another child with Rob Kardashian, also brings the reality TV family into the mix, writing, “So go tell Kylie, and Rob! About our son account! Cause that’s the only reason I’m contacting ur fag ass! But u wanna make it like I want u lol!”

Tyga, of course, has been romantically linked to Kardashian sister Kylie Jenner for years, and has also fought multiple lawsuits against former landlords, jewelry companies and even a car dealership owner who claimed Tyga missed payments on a Ferrari that had already been repossessed twice. Maybe baby mama just might slap some sense into him (maybe).  Read the full rant below. 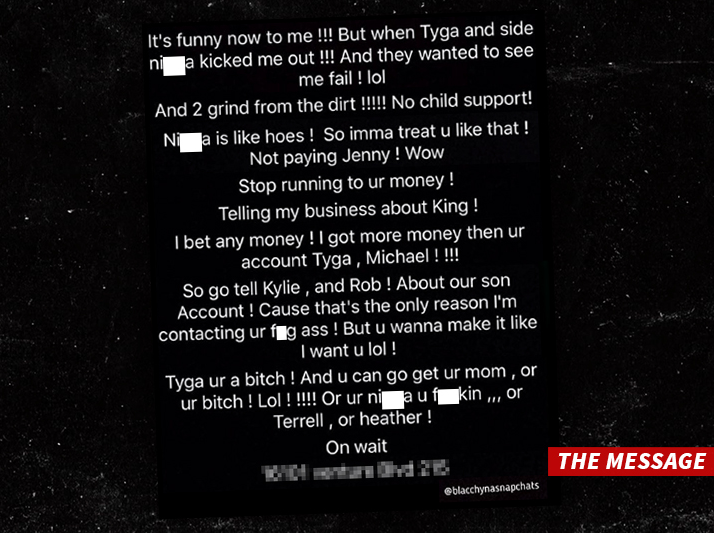