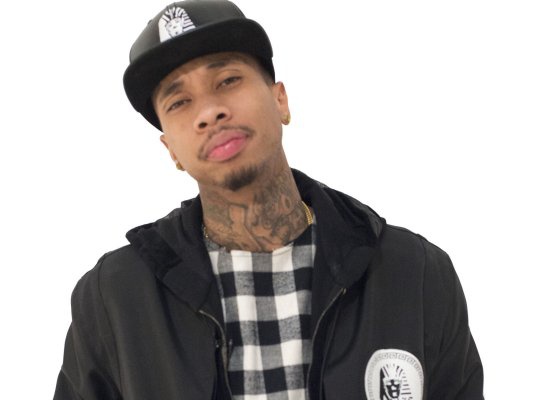 Tyga finds himself at the center of yet another lawsuit from a landlord.

Another day, another lawsuit for Compton rapper, Tyga. According to TMZ, the West Coast wordsmith is being sued by a former landlord over the space he rented for his clothing company, Egypt Last Kings Clothing.

In the lawsuit filed by the landlord, they explain that they found the space Tyga once rented, abandoned last year and in a state of disarray.

“So, one day in June 2015, Tyga’s landlord found the place abandoned, and it was a disaster,” TMZ reports. “The doors had been painted black with Egyptian patterns, the ceiling tiles were painted over and there were ink stains around 5,000 feet of concrete flooring. What’s worse…the landlord says someone poured ink down the drain and into the public sewer.”

As a result of the alleged damage, the landlord is seeking $75,000 for repairs, in addition to five months of rent. According to Tyga, he says the building wasn’t up to code.

Tyga found himself in a similar predicament last year when he was ordered to pay $70,000 in back rent after skipping out on two months of rent.

Years prior, Tyga was sued for not making the appropriate payments on a Malibu mansion he leased for one year.