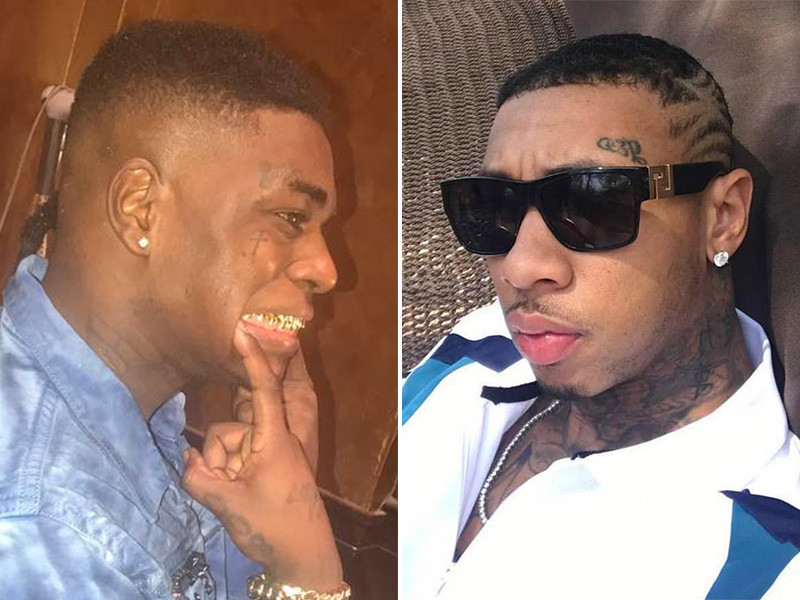 Over the weekend, Kodak Black debuted a new hairstyle that has garnered a lot of negative reaction from fans and detractors alike. This comes days after Tyga, also newly-coiffed, shared with the masses his new style, which drew similar criticism online. Now the internet is battling to decide who’s rocking the worst of the two hairdos.

Putting on his usual gold-tooth grimace, Kodak shared a photo of what he refers to as the “#KodakFade” after slicing his signature “#KodakKnots” down in favor of the look. While the front of the style appears to be your standard issue fade, it was the decision to leave a lone “Kodak knot” in the back that turned the heads of people tuning in. Fans at a recent show in Richmond, Va. got an up-close look at the fade and tail combo in action.

“This Ain’t A Boosie Fade Fuck Nigga This A #KodakFade #Trendsetter I Keep Something New Going On … I Cut The #KodakKnots,” reads Kodak’s caption to the photo.

Tyga’s hairstyle showed up late last week but a photo the rapper posted today referred to the look as “tiger stripes” using an emoji of a tiger to make the connection. There were also videos of him showing off the style and it was open season from that point on.

The internet has been relentless in its roasting, with users on Twitter and Instagram taking their best shots. “Between you and Kodak your haircut is the worst,” noted one person on Tyga’s page while a user on Kodak’s page said the tail of the Kodak Fade resembled a “little dick.”

We’ve collected some of the reactions to Kodak Black and Tyga’s hair choices below.

That Kodak Black fade tho ?? pic.twitter.com/omFVV3AlgS

Kodak Black 2 days ago vs. Kodak Black now. #KodakFade with a JaVale McGee rat tail on the back of his head pic.twitter.com/9ngL5vlIN5

What is Tyga's hair? ??‍♀️? pic.twitter.com/2gh2jkAFOW

Kodak & Tyga take a L for their hair idc.