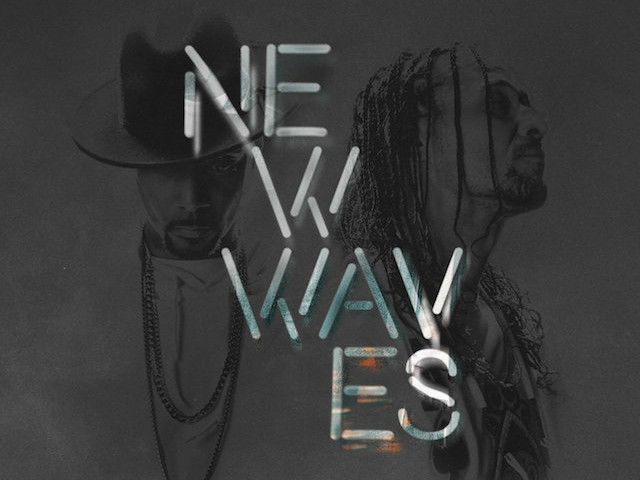 Bone Thugs-n-Harmony fans may not be getting a 10th album from the group, but two members are making sure their followers are supplied with more material. Bizzy Bone and Krayzie Bone have teamed up under the moniker of Bone Thugs to release an album titled New Waves.

Check out the stream for Bone Thugs’ New Waves below as well as the cover art and tracklist.

[This article has been updated. The following was published May 29, 2017.]

Bizzy Bone and Krayzie Bone are continuing the rollout for their Bone Thugs project New Waves, which is due out June 23.

The LP’s cover art and tracklist are now available via HipHopnMore. New Waves is made up of 15 tracks including the lead single “Coming Home” featuring Stephen Marley. Other guest appearances come from Tank, Jazze Pha, Bun B, Yelawolf, Uncle Murda and Eric Bellinger.

Just like Bizzy and Krayzie promised, the other Bone Thugs-n-Harmony members are involved on New Waves as Layzie Bone, Wish Bone and Flesh-n-Bone are all featured.

What was traditionally five has now been whittled down to two, at least for a limited time while supplies last.

Bone Thugs-n-Harmony members Bizzy Bone and Krayzie Bone have joined forces for a new album rollout titled New Waves underneath the moniker, “Bone Thugs.” The two rap legends are not-so-arguably the best possible duo combination out of the multi-platinum Cleveland quintet and their debut project is slated to hit the market this summer.

Their new single, “Coming Home,” features the talents of reggae royalty Stephen Marley and is produced by acclaimed Dutch studio visionaries Clifford Goilo and Avedon, and legendary American hit-man Damizza, of Snoop Dogg, Ice Cube and Nate Dogg fame. The emotive record definitely aims to be a lighter-raising anthem (or cell phones seeing that it is 2017) for future arena appearances.

“We love the process of making music so this wasn’t a hard album for us to make,” Bizzy “says” of recording New Waves in a press release. “We have so much history with not only eOne Music, but with eOne Music President Alan Grunblatt. He’s the same dude we’ve had all our success with since E. 1999 Eternal. Everything we’ve ever done has been successful with Alan. So we’re comfortable with knowing that our project is in good hands.”

Krayzie “chimes” in: “This album is a breath of fresh air coming from Bone. We wanted to give this project a different look. That’s where the album title comes from: New Waves. We will always be a group…we will always be Bone Thugs-n-Harmony, but this is different than from the norm. This is Bone Thugs.”

This isn’t the first Bone Thugs-n-Harmony offset group in their 25-year existence. In 2005, Bizzy Bone and Layzie Bone collaborated for the album Bone Brothers and once again for the sequel in 2007.

In a December 2016 interview with HipHopDX, the entire group (sans Bizzy) went into great detail about their longstanding unity so Krayzie’s comments on them not breaking up have reinforced previous proclamations.

New Waves’ first single, “Coming Home,” can be streamed down below.