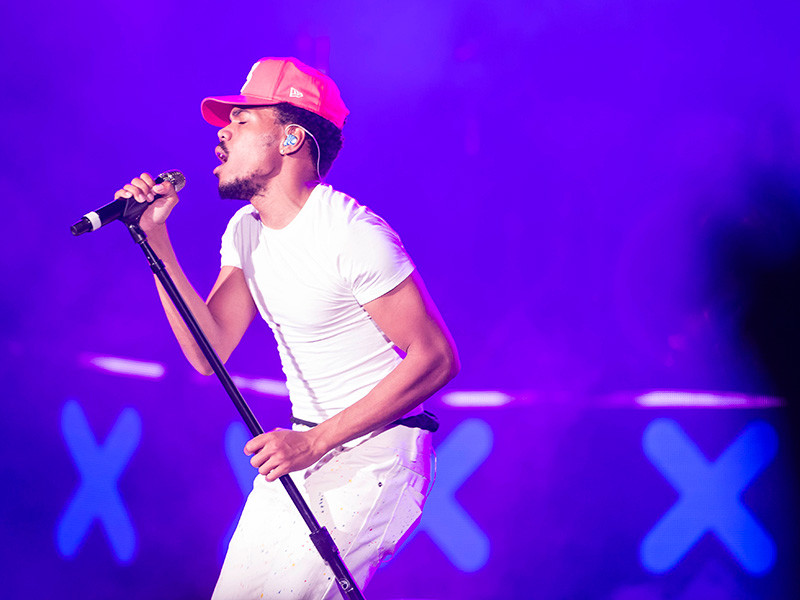 Chance The Rapper tackled general questions about his next steps for music and what it felt like to win three Grammy Awards in a nearly 30-minute video interview with Complex, but also opened up about how having a child has changed how he views his own parents. The Chi-Town native expressed his desire to be closer to them, which may sound strange for a 23-year-old who has achieved the level of success he has in the past 12 months.

“I’m honestly, in real life, thinking about moving in with my parents right now,” Chano said. “I think, anybody, if they were in my position — if they were 23 with a kid for the first time and were working — they would find comfort in being able to stay with their parents. If their parents are willing. I guess that’s just what it all comes down to — if they’re willing.

“I’m in a position where I want to be closer to my parents now, because I realize how important that is,” he added. “There was never a point, ever, in my life where I can remember loving someone as much or more than I love my mom until I met my daughter. So, it made me understand that my mom loves me more than she loves anybody in the world, and that’s crazy to me. So of course I wanna be around her.”

With his “World’s Greatest Dad” coffee mug and Paddington Bear sweater, he marveled at what his parents went through with him, the massive impact having a child so young had on him and admitted he was “scared” at the time. He also talked about the impact of winning a Grammy and the anti-climatic traditions going on behind the scenes.

“I hope I don’t get like, killed by the Grammy Illuminati for saying this, but when you go onstage, those Grammys have no name on them,” he said. “There’s no imprint on it, or anything. And you literally only get to walk with it from the stage to backstage, and then there’s a short guy who takes it from you.”

One of those Grammys was for Best Rap Album, which he earned for his 2016 mixtape, Coloring Book. It was the first time in Grammy history a mixtape was actually up for the honor. He admits he’s never released a proper studio album, but that is clearly about to change with his next project.

“I think I might actually sell this album,” he said. “That’s, like, a big step in itself. I kind of hate the fact that I can’t chart, really. I can chart, but the way they have the streaming shit set up is weak as fuck. It’s unfair. 1,500 streams is the equivalent to one [album sale], and that’s just unfair. Nobody listens to their songs [1,500] times when they buy it — fuck outta here! So, it makes it hard. I can’t really compete with other people. Not that the charts matters at all, but like, come on. Anyways, I think having it for purchase would be dope. Also, this is all hypothetical. There is no album. I can feel fans squirming in their chair, like, “Oh shit, he’s changing!” This is an idea.”

Throughout the enlightening interview, themes of faith, perseverance, his independent status, and how he calmly navigates his newfound celebrity popped up, shedding light on his seemingly impenetrable moral fiber, which he’s demonstrated time and time again, most recently with his $1 million donation to Chicago Public Schools.