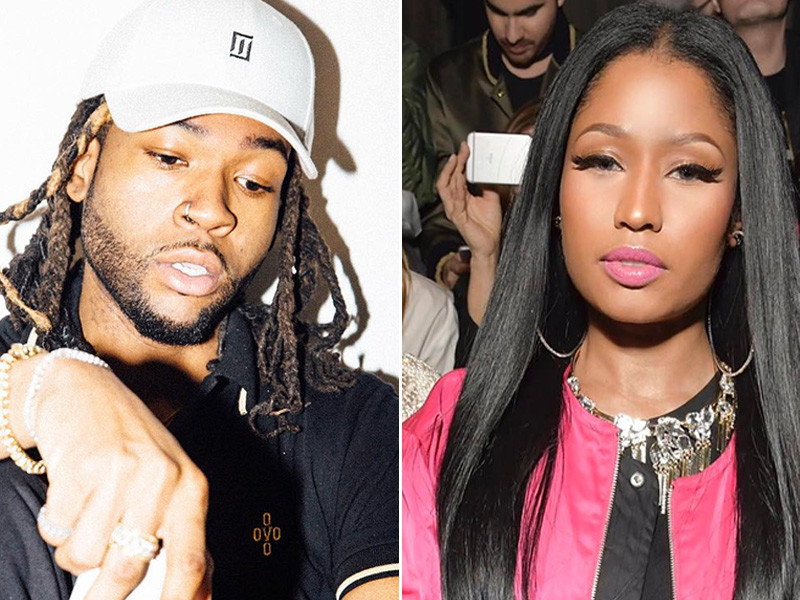 Nicki Minaj made headlines last week by dropping a handful of new tracks as a response to the vicious barbs sent her way by Remy Ma. But the Queens rapper took offense to the fact that fans began insinuating that PARTYNEXTDOOR penned her “Regret In Your Tears” track, which prompted Minaj to publicly address the matter. That in turn sparked a response from PND.

Last week, Minaj dropped some bars for Remy in “No Frauds,” featuring Drake and Lil Wayne as well as two other songs: “Changed It” featuring Young Money boss Lil Wayne, and the aforementioned “Regret In Your Tears” track.

The issue began when fans on social media suggested PND wrote Minaj’s lyrics, which detail a relationship going south. PND “liked” a handful of posts from fans on Twitter who made the allegations and Minaj posted a few tweets stating that the OVO artist had nothing to do with the song.

“Party Next Door had NOTHING to do w/  #RegretInYourTears – nigga aint never heard that song a day in his life. Bless y’all heart,” tweeted Minaj on Saturday (Mar. 10). 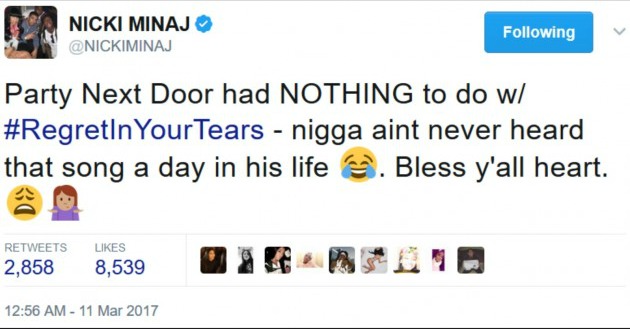 Minaj added,”Not sure why he was “liking” tweets. Maybe it was just “funny” to him. Maybe he was…”hacked”. Lol. Either way. – #DisTewMuch FOH.” 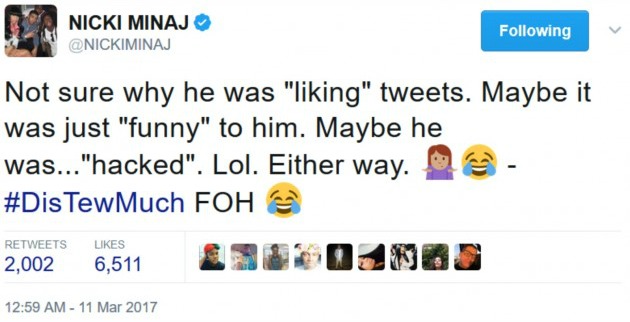 PND made a rare tweet (which he later deleted) that read, “I’m a fan of Nicki Minaj, We have a song together, I hope she’s as cool & as I’ve always imagined.” The song that PND mentioned in the tweet is the pair’s feature on Major Lazer’s single “Run Up.”

Minaj then posted and deleted an Instagram post from a fan which read, “It’s funny how the song was ‘trash,’ but now since y’all think PartyNextDoor wrote it, it’s [fire emoji]?” It’s crazy how much people hate her and can never give her credit.”

While it appears that Minaj has moved on and back to her regular tweeting schedule, PND made another rare tweet earlier Sunday morning, simply stating “Party over Everything.”