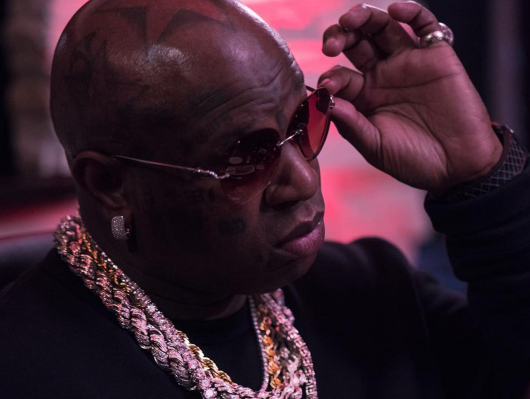 Cash Money overlord Birdman has now unveiled the official release date to accompany the trailer and poster to his upcoming Before Anythang: The Story Behind the Cash Money Records Empire documentary and if the latter gives you the feeling of déjà vu, then you should pat yourself on the back.

The flyer depicts a youthful Bryan Williams with his adult face tats, much like Lil Wayne’s superstar-inducing album, 2008’s Tha Carter III and its 2011 follow-up, Tha Carter IV. Its creation appears to be a cold reference to Baby and Wayne’s longstanding beef that appears to be unresolvable, no matter who plays mediator.

Despite numerous interviews with Angie Martinez, Birdman has been notoriously tight-lipped in discussing the specifics of his issues with Lil Wayne, who he actually raised as his own son (this includes his instant classic Breakfast Club interview). Gauging from the trailer, Before Anythang (or Before Anything, depending on which spelling you want to go with from the promos) doesn’t appear to be poised to answer those questions as it primarily focuses on the 48-year-old multi-millionaire mogul’s ascension to power and fame despite the stacked odds the NOLA streets had against him.

At this year’s NBA All-Star Weekend, which also took place in his hometown, Birdman promised that new albums from Drake, Nicki Minaj and Lil Wayne would be dropping in 2017 — although there was no real clarity as to whether the Weezy album would be the long-delayed Carter V.

In an exclusive interview with HipHopDX, former Cash Money in-house superproducer Mannie Fresh spoke on his methods to try to get the now bitter rivals to patch up their differences.

In the meantime, the Birdman Before Anythang documentary is slated to release exclusively on Apple Music come May 12 and will be co-produced by both Jimmy Iovine and Larry Jackson.

Watch the official trailer down below.

The Cash Money Story #BEFOREANYTHANG.
Coming this fall to #AppleMusic.@BIRDMAN5STARhttps://t.co/6wQCW5Clxb