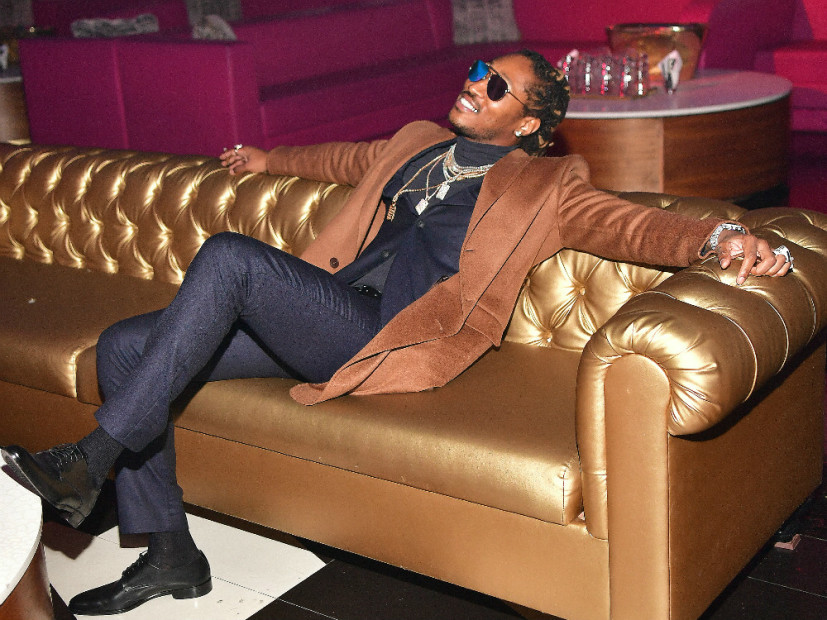 Future Is NOT Going For 3-Peat Album Streak

Future is already projected to make history with back-to-back #1 albums with FUTURE landing at the top of the Billboard 200 chart today (February 27) and HNDRXX expected to nab the #1 spot next week, according to Hits Daily Double.

But there were rumors circulating that the Atlanta Super Trapper might not stop there, with some outlets speculating that Future had a third album up his sleeve this week. According to the Ellen website, the Freebandz leader is scheduled to perform on the show Thursday (March 2). The description for the appearance originally said that he “is attempting to have three #1 albums in a row in three weeks.”

It should be noted that the blurb also says HNDRXX is “upcoming.” It dropped Friday. So perhaps Ellen is not our best source of Hip Hop information.

The website has been updated now to scrub out any reference to a third album.

Billboard points out that Future’s manager, Anthony Saleh, posted on Twitter that reports of a third album were “FALSE.”

FALSE "@thefader: Future is releasing another album this week, according to The Ellen Show. https://t.co/wKpVhAtIMz pic.twitter.com/tk8ilCXHUo"

The FADER also separately reports that Future’s team confirmed to the publication that he is not releasing a third album this week.

The Dungeon Family member is already set to make history with FUTURE and HNDRXX going back-to-back with #1 debuts for both albums. FUTURE landed at #1 today with 140,352 equivalent album units and its follow-up is projected to sell a little less with 125,000 units. Despite the lower sales figures, the streets of Twitter seemed to eat up the emotionally-charged HNDRXX.