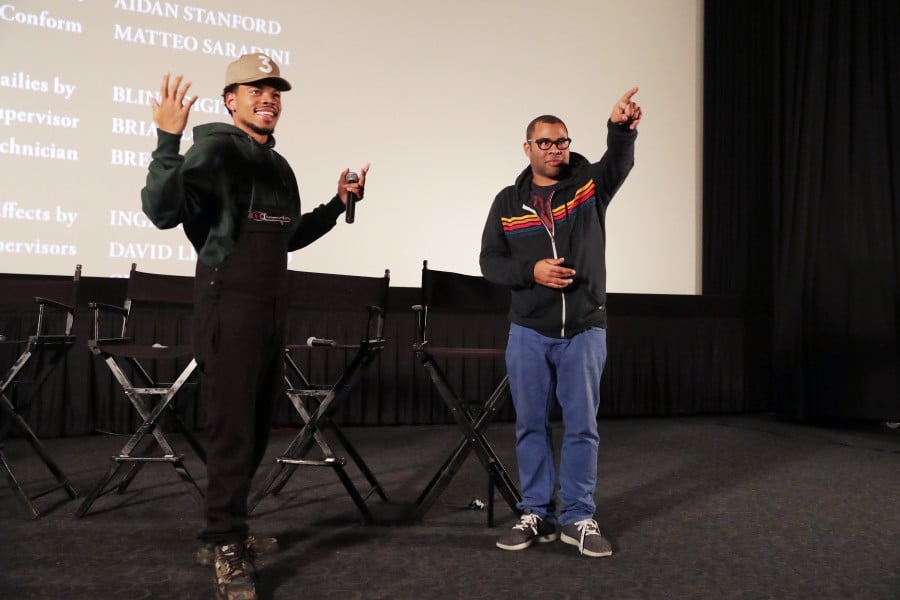 Chance The Rapper Hosts "Get Out" Screening With Jordan Peele, Lil Yachty & More

Last week in Hollywood (February 8), Chance The Rapper, the scribe behind the Grammy Award-winning Coloring Book, was front and center at Arclight Theater in Hollywood following an exclusive screening of Jordan Peele’s directorial debut, the much-anticipated horror film, Get Out. The movie stars Daniel Kaluuya as Chris, Allison Williams as Rose and also features Keith Stanfield and Lil Rel Howery. The story chronicles an interracial couple (Kaluuya and Williams) who encounter tension when they travel to the countryside to visit her family.

Chance described the movie as “incredible” to the audience as several of his rap contemporaries such as Lil Yachty, Kyle and Jay Versace cheered on.

HipHopDX spoke with Jordan Peele following the film about his decision to not appear in Get Out in any capacity.

“As an audience member, I feel like [my inclusion] would have taken myself out of it … they would be like, ‘There go Peele from Key & Peele,’ you know?

“Also, I don’t think I’m a good enough actor but truthfully, directing and writing it, there was no chill. I didn’t have a second. And when I’m acting, I have to get into the character. I need time. And this was like nonstop decision making, nonstop directing. So I didn’t want to fuck that up. Because I know if I fucked up directing and I put out anything out to challenge that … never again.”

Peele bills the film as “the most woke” horror film of all-time and Variety’s Sundance review of the film described it as a “Brilliant Race-Based Horror Movie,” so the chances he’ll be back in the director’s saddle are looking pretty up.

Check out the flicks of Chano and the Get Out cast down below. The film hits theaters on February 24.