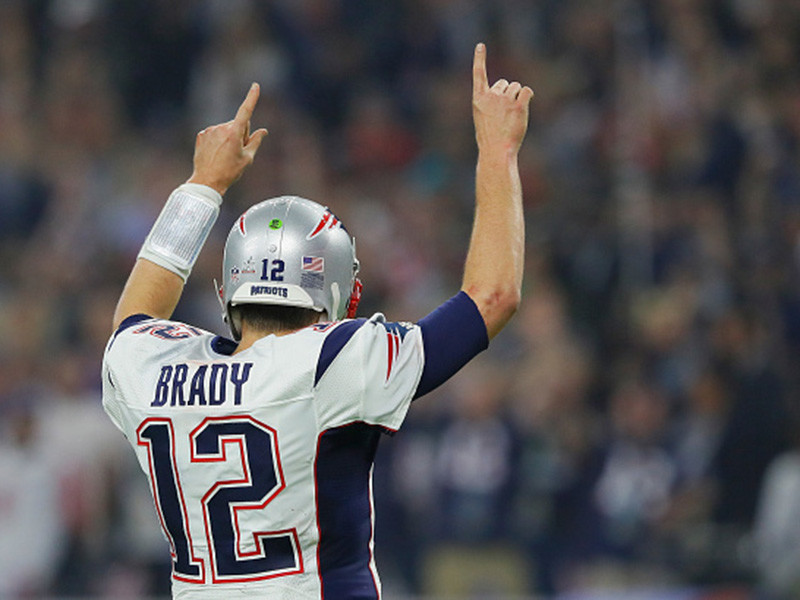 Yeah, so, scratch all that.

The New England Patriots won the game in what’s being called the greatest comeback in Super Bowl history, invalidating thousands of freshly-made-but-now-obsolete memes (and at least one DX article intro…) in the process.

Tom Brady led the Patriots to their fifth Super Bowl victory in franchise history, and stunned many in the Hip Hop world, who could really only shake their heads in awe.

I feel like i just walked in on my wife having sex w my/ brother. Im so torn and hurt…. words cant describe this feeling

Atlanta Falcons still love ya!!! You must Keep your heads up!! I had a great time!#EpicGame

I need to step my ring game up like Brady!

Wheres all the "Patriots gotta pass the sticks" niggas at?

The Falcons were in control for much of the game, going up 21-0 with three touchdowns in the second quarter, with the Pats squeezing in a field goal just before halftime to make it 21-3.

As the Patriots regrouped in the locker room, Lady Gaga put on a high energy set for the halftime show, with no features.

Gaga got positive reviews for her high-flying wirework and medley of hits that called for unity through her choice of songs (including “God Bless America,” “This Land Is Your Land” and “Born This Way,” among others).

Spongebob did it first pic.twitter.com/k6WuqB1yXE

On a scale of 1 to Beyoncé Gaga was a solid 7. I enjoyed it.

Many were hoping for an appearing from Migos, but this was the closest we got.

In the second half, the Pats chipped away at the lead, mounting a historic comeback by scoring 19 points in the fourth quarter to tie the game at 28.

The game went into overtime (a first in Super Bowl history), with the Pats winning the coin toss and ultimately scoring the winning touchdown.