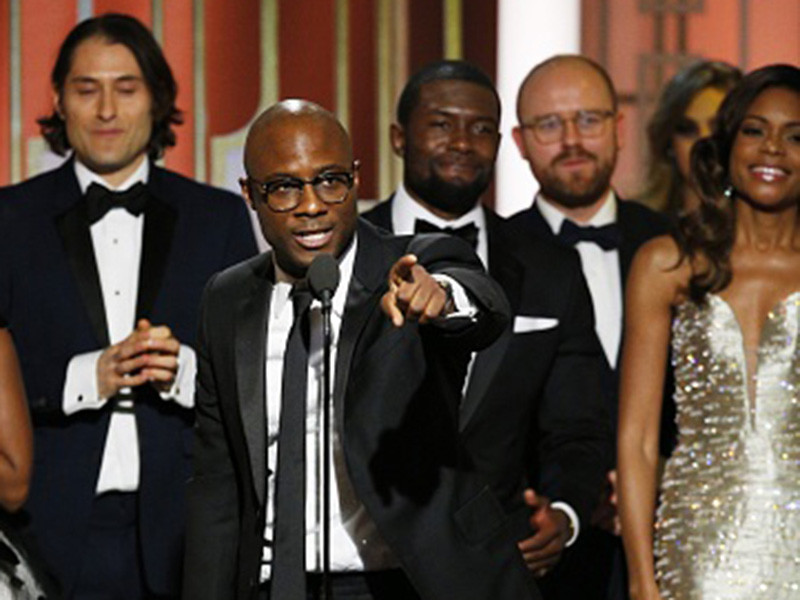 The show, which was devised by, often directed by, and stars Donald Glover (a.k.a. Childish Gambino) won Best Comedy Series, with Glover himself taking home the award for Best Performance by an Actor in a Comedy TV Series.

“This is incredible. I want to thank Atlanta and all the black folks in Atlanta, for real. For being alive and being amazing people,” he said, also giving Migos a shoutout for making “Bad and Boujee.”

FX had another big win in the Best TV Miniseries or Movie category, scooping the award with The People v. O.J. Simpson: American Crime Story which starred Cuba Gooding Jr. in the titular role.

While Black-ish lost out to Atlanta in the Best Comedy Series category there was joy elsewhere, with Tracee Ellis Ross winning the award for Best Actress in a TV Series (musical/comedy).

While Moonlight won the film award for Best Drama, it was a better night for La La Land, which won seven Golden Globes — more than any film in history — including Best Picture – Comedy or Musical, as well as individual awards for its stars Emma Stone and Ryan Gosling.

Viola Davis presented Meryl Streep with a Lifetime Achievement Award, and the veteran actress took the opportunity to launch a scathing attack on President-elect Donald Trump for his perceived mocking of a disabled reporter in 2015, generating what became the biggest talking point of the night.

“There was one performance this year that stunned me. It sank its hooks in my heart. Not because it was good, there was nothing good about it, but it was effective and it did its job,” Streep said. “It was that moment when the person asking to sit in the most respected seat in our country imitated a disabled reporter. Someone he outranked in privilege, power and the capacity to fight back.”

“It kind of broke my heart when I saw it and I still can’t get it out of my head because it wasn’t in a movie, it was real life,” Streep said. “This instinct to humiliate when it’s modeled by someone in the public … by someone powerful, it filters down into everyone’s life because it kind of gives permission for other people to do the same.”

Trump has previously denied that he was making fun of the reporter’s disability, and Monday morning hit back at Streep, calling her “overrated” and “a Hillary flunky who lost big.”

Meryl Streep, one of the most over-rated actresses in Hollywood, doesn't know me but attacked last night at the Golden Globes. She is a…..

Hillary flunky who lost big. For the 100th time, I never "mocked" a disabled reporter (would never do that) but simply showed him…….

"groveling" when he totally changed a 16 year old story that he had written in order to make me look bad. Just more very dishonest media!

Elsewhere on the night, there was embarrassment for Michael Keaton and NBC’s Jenna Bush, who both referred to “Hidden Fences” when discussing the film Hidden Figures. It appears that the two were confusing and combining Hidden Figures with Fences, with some suspecting that the reason was because both films have predominantly black casts.

Michael Keaton is the 2nd person tonight to refer to Hidden Figues as Hidden Fences… pic.twitter.com/aplvnPX19a

I'mma let you finish, but #HiddenFences was the best film of the year! #GoldenGlobes pic.twitter.com/pl7jRrBjP4