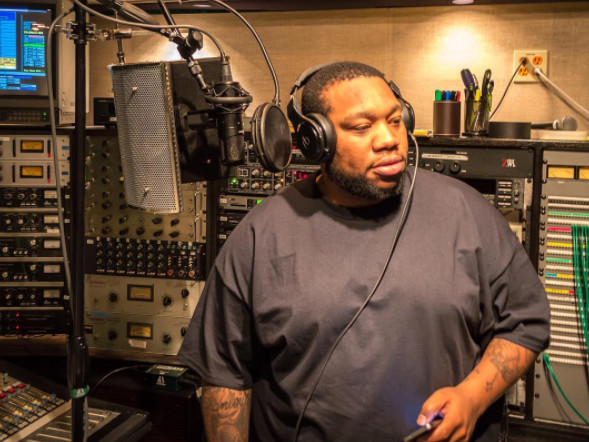 In a 2015 Facebook post, Rapper Big Pooh lamented the question, “How do you feel about the current state of Hip Hop?,” one he routinely gets asked, given his veteran MC status. The Little Brother alum just wrapped up a nationwide tour with The Beatnuts and Termanology, but during one particular tour stop in Fort Collins, Colorado, he was able to articulate exactly what he meant by that post and provided a suggestion to improve the Hip Hop landscape.

“A lot of people ask, like I said, ‘What do you think of current Hip Hop,’ but who cares what I think?,” Pooh, 36, tells HipHopDX. “I’m not listening for you, you know what I’m saying? If I don’t like, what is the role I play in what’s going on and how can I change that? People have a habit of talking about stuff they don’t like, which spreads faster than stuff they actually like. It’s always been a rule of mine is I don’t spend energy on things I don’t like or talk about it. That’s not to say anything about said artist’s talent or skill level—it’s just not for me. I’m not going to talk about it. Why would I? That’s just being indifferent. I am going to take the time to spread music I do listen to and do like because maybe it will give that artist a boost.”

Education is also a vital part of the conversation. Many people who complain about kids who don’t know their Hip Hop history often don’t take the time to school them on their predecessors, but at the same time, it’s also their responsibility to do a little digging.

“Everything now is ‘go go go go go,'” he says. “We’re so electronically and gadget driven that we don’t spend real social time anymore, and that’s when you used to get stuff passed down—through social time. It’s like even now, they don’t make a lot of video games where you can play in the same house. It’s like the decline of socializing and it affects other things. It affected Hip Hop, too. Music always changes with each generation or a trail blazer comes through and sets the stage for something different— that always happens, but now kids can’t even trace back their favorite artists anymore. For me, it was like, ‘Oh I like Jay Z.’ Who influenced Jay Z? So I’d go look up Big Daddy Kane. Who influenced Big Daddy Kane? You just keep going back.”

Soul, funk, jazz, rock-n-roll, reggae, disco, blues— essentially any possible genre is the backbone of Hip Hop. Without samples, there would be no Hip Hop. The problem is we live in a instant gratification type of world, which often discourages spending time

“These kids don’t do that,” he says. “‘Who’s your favorite rapper?’ Let’s say it’s Young Thug. Well, who influenced Young Thug? Lil Wayne. Who influenced Lil Wayne? And you have to keep going back, but they don’t go back. It’s like, ‘I just like this person and that’s it.’ They’re not curious enough, but that goes back to [how] everything is about the now. It’s like they’re not curious about anything unless it’s about the now.”

While he continues pushing his Everything 4 Sale EP, Big Pooh is comfortable staying in the lane he’s carved out for himself. In the past, he admittedly used to try (at times) to cater to a specific audience, but now the music he makes is purely a personal endeavor in every sense.

“I was trying to do things to appeal to different crowds, but now I do what I want to do and have fun,” he says. “If people love it—cool. If people don’t—cool. My business partner brought this up to me the other day. For one album, I did this and that, and nobody really cared. For this one, I just put it out and people love it. It’s the weirdest thing. It’s so crazy. It’s something I did to get out of a creative slump and it worked.”