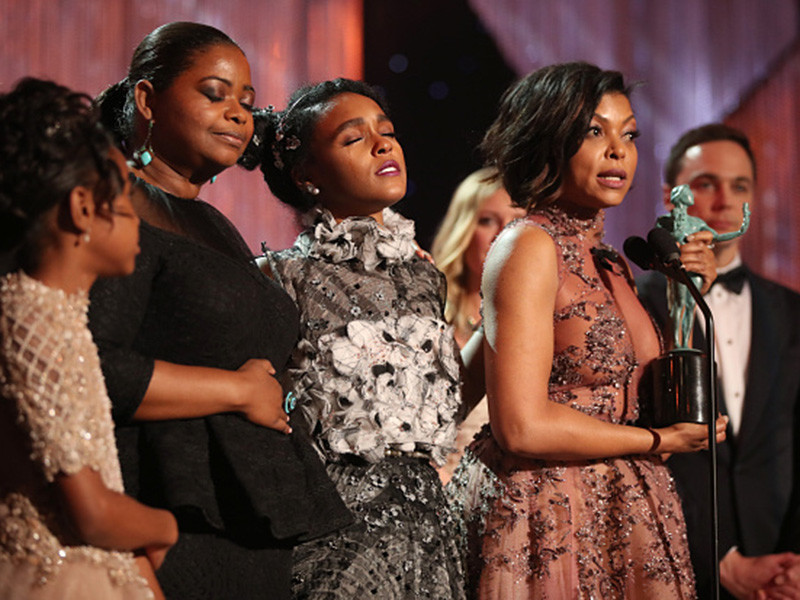 Many celebrities used their time in the spotlight at the Screen Actors Guild Awards on Sunday (January 29) to make a call for unity in the wake of Donald Trump’s presidency and travel ban.

Taraji P. Henson, who accepted the award for Outstanding Performance By A Cast In A Motion Picture on behalf of her Hidden Figures acting team, stressed that the film is a story about coming together.

“This story is of unity. This story is about what happens when we put our differences aside. And we come together as a human race. We win. Love wins every time,” Henson said.

“We stand here as proud actors." – @TherealTaraji on behalf of the cast of @HiddenFigures pic.twitter.com/7oL24Vpo5V

As Mahershala Ali accepted his award for Outstanding Performance By A Male Actor In A Supporting Role, he issued his own response to Trump’s ban. The Moonlight star, who is Muslim, recalled the moment when he converted, and also spoke on acceptance.

#Moonlight star Mahershala Ali with a deeply emotional and beautiful #SAGAwards speech about the pain of persecution pic.twitter.com/4HoPKfhRlK

“I think what I’ve learned from working on Moonlight is we see what happens when you persecute people. They fold into themselves … When we get caught up in the minutiae, the details that make us all different, I think there’s two ways of seeing that,” Mahershala Ali said. “There’s an opportunity to see the texture of that person, the characteristics that make them unique. And then there’s an opportunity to go to war about it, and to say that that person is different than me, and I don’t like you, so let’s battle.

“My mother is an ordained minister,” he added. “I’m a Muslim. She didn’t do back flips when I called her to tell her I converted 17 years ago. But I tell you now, we put things to the side, and I’m able to see her, she’s able to see me — we love each other, the love has grown, and that stuff is minutiae. It’s not that important.”

Check out some photos and more speeches below.

Julia Louis-Dreyfus jokes by echoing Trump: “This award is legitimate and I won.” #SAGawards pic.twitter.com/mQB9nhPDuJ

.@BryanCranston on how LBJ would feel about @realdonaldtrump #SAGawards pic.twitter.com/h8PpvO7oMU