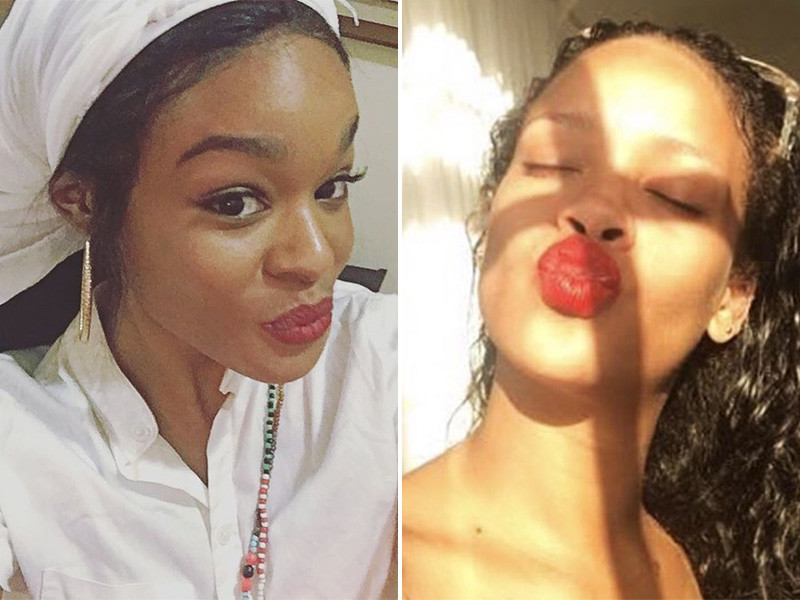 Azealia Banks was back at it again with the online attacks this weekend, this time putting Rihanna in her sights. The Harlem rapper blasted the Barbadian singer for openly criticizing President Donald Trump’s immigration ban on seven Muslim-majority countries, with Banks firing off a series of pointed insults.

Rihanna took to Twitter Saturday night (Jan. 28) and shared her thoughts on the ban, which has set off a national debate on immigration. “Disgusted! The news is devastating! America is being ruined right before our eyes! What an immoral pig you have to be to implement such BS!!” Rihanna tweeted.

The tweet prompted Banks to get on the warpath, initially posting a message to her Instagram page (she’s still banned from Twitter) that both seemed to blast America getting in the middle of affairs in the Middle East while also appearing to see Trump’s ban as a “precautionary measure.”

Although it wasn’t immediately clear where Rihanna was aiming her words at first, she posted a photo of herself to Instagram with the caption, “the face you make when you a immigrant #stayawayfromthechickens #iheartnuggets #saveourhens,” referencing recent headlines about Banks sacrificing chickens in her home.

Banks took a screen shot of the post and wrote the following in the caption:

“What rihanna meant was … I GREW UP PLAYING SOCCER IN A DIRT YARD WITH A COCONUT AND OPEN MY LEGS FOR ANY AND EVERY MOTHERFUCKER WHO I THINK I CAN GET TO WRITE ME SONGS OR BUY ME DRUGS. I CAN BARELY PERFORM BECAUSE I LINE MY BROWN BLUNTS WITH CRYSTAL METH AND AM OFTEN VERY WINDED ON STAGE.”

#AzealiaBanks responds back to #Rihanna

The artists continued a pretty vicious back and forth, before eventually leaking each other’s phone numbers online.

#Rihanna is over #AzealiaBanks at this point ? It's comedy for her ? Why everybody always gotta put Beyoncé in it ?

I guess #AzeliaBanks was like two can play this game! #RiRi what's the new number I got the disconnect voice message ?

Many of the posts have been deleted now. See more of the back-and-forth below.

the face you make when you screaming in an empty room

#PressPlay: #AzealiaBanks made a video clap back for #Rihanna ??? (view previous post)