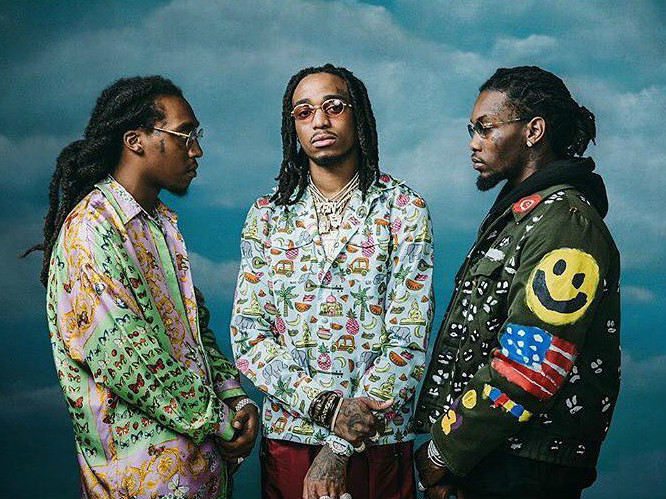 Houston, TX – Migos is taking the world by storm and is carrying that momentum with the release of its Culture album last night. Quavo, Offset and Takeoff recently performed on Jimmy Kimmel and got a shoutout from Donald Glover at the Golden Globe Awards. But fans want to give them their biggest platform yet with a petition to get the Atlanta trio on the Super Bowl LI halftime show.

The petition, on Change.org, calls for the NFL to replace Lady Gaga with Migos and says that the change makes perfect sense because the Atlanta Falcons are playing against the New England Patriots in the championship game, which will be held in Houston on February 5.

“Two of the TRILLEST hip hop communities under ONE ROOF,” the petition creator, Justin Good writes. “Your entertainment choices have to change RIGHT NOW.”

The pre-game festivities under the new entertainment arrangement would have Rae Sremmurd, Gucci Mane, Goodie Mob, Ludacris and Young Jeezy performing, as well as a rendition of “Guwop Home” from Young Thug.

The song that Migos would perform for the national audience during the halftime show? Their number one hit “Bad and Boujee” of course. Then, the petition calls for Future to do “March Madness,” Outkast to reunite for an Aquemini “sampler” and the finale to be Bun B and Jay Z holding it down with “Big Pimpin.”

And that’s not all. Good calls not only for Migos to be the halftime show, but he wants André 3000 and Erykah Badu to sing the National Anthem. “By sing I mean hit Donald Trump with a FIRE 64 bars,” he says.

At the time of publication, the petition has nearly 9,000 signatures, and is steadily climbing.

Sign the petition to have Migos perform at the halftime show of Super Bowl LI here.