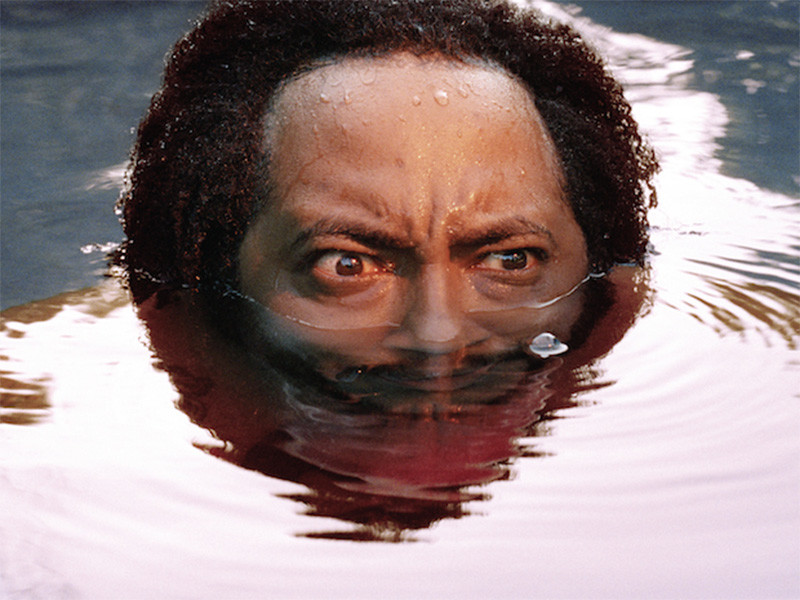 Perennial weirdo and occasional madman Thundercat dropped off his Drunk project on Friday (February 24), staggering all over the genre spectrum with dives into the realms of soft rock, free jazz, vaporwave and just enough Hip Hop for us to post it up.

The 23-track album comes courtesy of Flying Lotus’ Brainfeeder label, and the founder makes a few appearances on the record, as well as Kendrick Lamar, Wiz Khalifa and Pharrell Williams.

Check out the stream below and keep reading for more background and tour dates.

[This article has been updated. The following was first published January 25, 2017.]

Born in Los Angeles, Grammy Award-winning bass prodigy, songwriter and singer Thundercat (real name Stephen Bruner) grew up in a musical household that included brother Ronald Bruner, Jr., who played in punk/metal group Suicidal Tendencies, and father Ronald Bruner, Sr., who played drums with Diana Ross, Gladys Knight and The Temptations. Eventually, he would join his brother as the bassist in Suicidal Tendencies and begin session work with Erykah Badu on 2008’s New Amerykah before teaming up with longtime friend Flying Lotus on his 2010 album, Cosmogramma.

Fast-forward to 2017 and he’s already secured a Grammy for his work on Kendrick Lamar’s 2015 masterpiece, To Pimp A Butterfly, and is about to release his fourth solo album, Drunk, on February 24 via Brainfeeder. The 23-track project features contributions from a laundry list of notable artists, including K-Dot, FlyLo, Wiz Khalifa, Pharrell, Kamasi Washington, Kenny Loggins, and former Doobie Brother Michael McDonald. The title was reportedly influenced by Ms. Badu and FlyLo.

“I’ve always tried to hold true to what Erykah Badu and Flying Lotus told me: It has to come from an honest place,” he said in an interview with Red Bull Music Academy Daily. “I feel like it’s a place that I’ve been in different ways, seen different angles of and it’ s been a bit inspirational, the drinking. It has its ups and downs and everything, but I felt like it showed the human side of what goes on behind things, something that I see with all of my friends… I felt like it was kind of interweaved in the music culture. And it’ s something that’ s never talked about.”

Thundercat shared the first single, “Show You The Way,” with Loggins and McDonald early Wednesday (January 25), which is yet another brilliant display of his jazz-influenced tendencies and ear for the sonically unique. The 32-year-old also announced a world tour in support of the album, which kicks off February 23 with three sold-out shows at The Independent in San Francisco. Check out the Drunk cover art, tracklist and tour dates below.