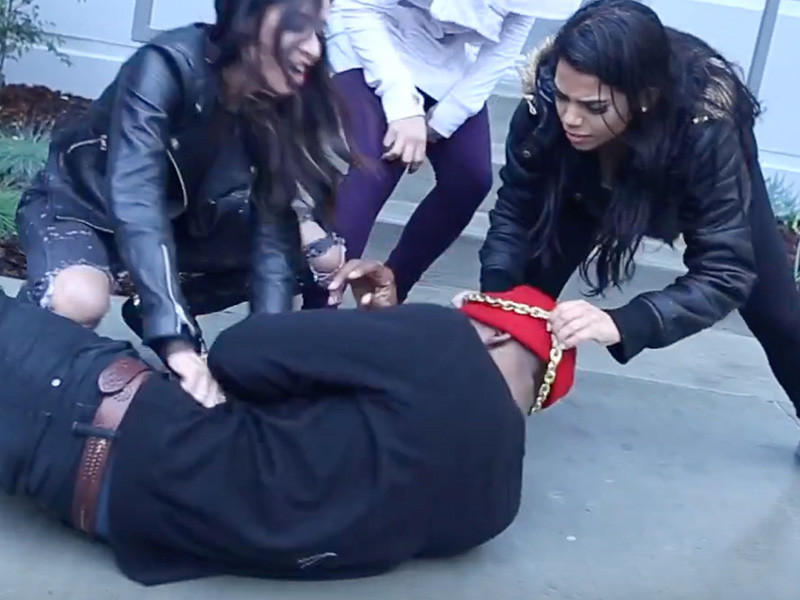 The gloves are off and the bars are out on “If You Show Up,” a diss track Mike Tyson dropped earlier today (January 17).

Atlanta rapper Soulja Boy serves as punching bag on the song, as Tyson raps about training Chris Brown for the pair’s upcoming boxing match while a cadre of models lip syncs the words while working out, splashing around in a jacuzzi and beating up a beanie-wearing Soulja Boy stand-in.

Tyson himself makes only a brief appearance at the end of the video, standing menacingly outside of a building.

“If you show up, it’s going down / I’m gonna teach him how to knock your ass out,” Tyson raps on the song’s hook.

Filled with gems like “Everybody talk shit behind the keys / I’mma sting like a venereal disease,” Tyson’s diss record throws jabs at Soulja’s social media thuggery.

In an Instagram post uploaded a week ago, Tyson promoted the song as featuring Chris Brown, but the crooner is noticeably absent from the final product.

“If You Show Up” doesn’t serve as Tyson’s first rap rodeo. In the late ’90s, the professional boxer jumped on board Team Canibus in the rapper’s feud against LL Cool J.

Tyson even appeared on Canibus’ “Second Round K.O.” record for a little trash-talking.

Despite the release of Mike Tyson’s “If You Show Up,” added details on the match between Soulja Boy and Chris Brown have not been revealed.