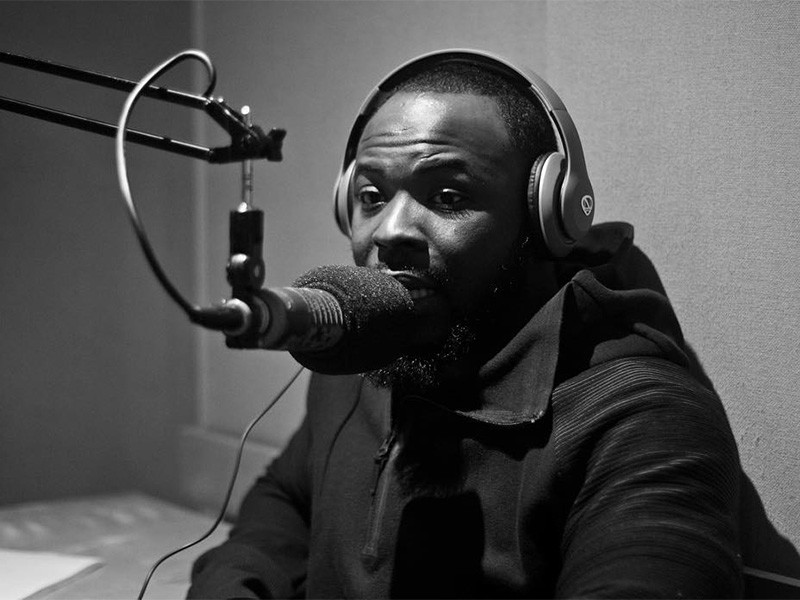 New York, NY – More information is coming out in the arrest of Daryl Campbell, a.k.a. Taxstone of the Tax Season podcast, for a federal weapons possession charge in connection with the May 2016 shooting at Irving Plaza that injured Troy Ave and killed his bodyguard Ronald “Banga” McPhatter.

DNA thought to be Taxstone’s was found on the gun used in the shooting, along with both Ave’s and McPhatter’s, according to a federal complaint reported on by the New York Times. The report says police believe they’ve found Taxstone’s DNA on “the trigger, hand grip and magazine” of the handgun. Police retrieved the gun from the van that brought Ave to the hospital after the shooting.

The summary of events laid out in the complaint also claims that Tax had the gun before the shooting, and that video footage of the incident shows him running away through the venue’s green room.

“Behind Mr. Campbell was a person who is not named in the complaint, but who appears to be Troy Ave — whose real name is Roland Collins — based on earlier police accounts. Wounded in the legs, Mr. Collins was holding the Kel-Tec gun and firing it toward a fleeing Mr. Campbell,” reports the Times.

The legal document also lays out a public threat Taxstone made during his feud with Troy Ave, where he said “When I see you walking up with six dudes, bang-ba-ba-ba-ba-ba-ba” and repeatedly added, “Try me.”

[This article has been updated. The following was originally published on January 16, 2017.]

The host of the popular “Tax Season” podcast was also sought by authorities on a federal warrant for gun possession, although it hasn’t been confirmed if that search was also connected to the shooting.

A joint law enforcement team made up of the U.S. Marshals New York and New Jersey Regional Fugitive Task Force and NYPD arrested Taxstone, born Daryl Campbell, and took him in without incident.

During a concert T.I. was headlining at New York’s Irving Plaza in May 2016, a fight broke out backstage as one of the opening acts performed. Four people were shot, including rapper Troy Ave, and his bodyguard Ronald “Banga” McPhatter, who was killed. According to a New York Daily News report from last year, McPhatter’s brother accused Taxstone of killing his sibling before dropping the gun that Ave retrieved and used to return fire.

Ave was indicted last June on attempted murder charges related to the shooting and posted a $500,000 bond last July. He claims he acted in self-defense.

Taxstone’s legal team has yet to address the arrest to the public.