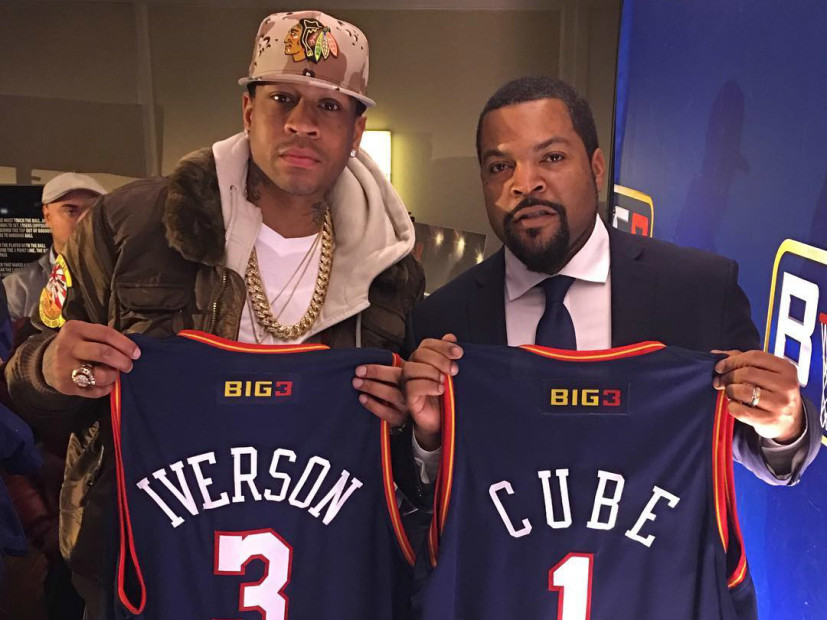 Ice Cube adds another star to his BIG3 basketball league as Allen Iverson jumps on as a player and coach, The Vertical reports.

The 11-time All Star also shared the news on his Instagram account, posing with Ice Cube for a photo and promising big things.

Me and Cube just getting started!! @icecube

“When I got the call, it was a no-brainer,” Iverson said in the official press conference, which the rapper streamed on Facebook Live. “It’s Ice Cube. It’s O’Shea. You don’t turn that down. That’s success looking you right into your eyes. I just wanted to be a part of it and I hope me being a part of it makes it a success like everything that he’s been doing in his life.”

The Answer will serve as a head coach for one of the eight teams in the three-on-three league and will play as well. Other players announced as part of BIG3 include Chauncey Billups, Kenyon Martin and Jermaine O’Neal. Former Los Angeles Laker star Gary Payton has signed on as a coach.

Iverson was inducted into the Naismith Memorial Basketball Hall of Fame in September after a 14-year NBA career. His last professional game was in 2010 as a member of the Philadelphia 76ers, the team that drafted him.

A.I. also tried his hand at rap during his playing days and caused controversy with his single, “40 Bars,” which led to him scrapping his debut album.