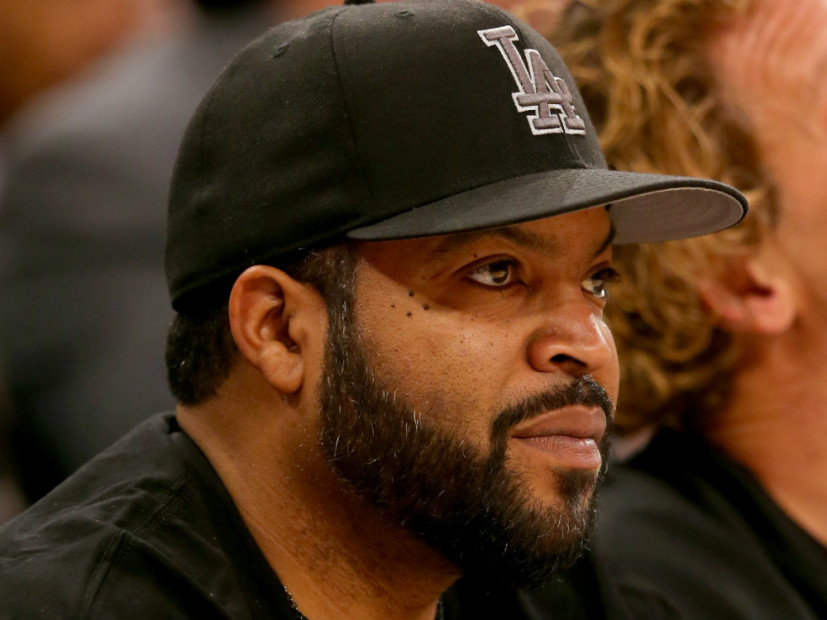 Los Angeles, CA – Ice Cube‘s resume continues to lengthen with his recent venture into the basketball world. Cube is officially a partner in the BIG3, a three-on-three, half-court summertime basketball league, according to Yahoo Sports’ The Vertical. The former N.W.A rapper and Hollywood actor has linked up with retired NBA shooting guard Roger Mason for the venture. The baller is now-former deputy executive director of the NBA Players Association (NBPA), has a 10-year history in the NBA and played a pivotal role in the NBPA’s transition under executive director Michele Roberts.

‪The BIG3 is coming… Learn more in January.‬ Link in bio for more.

As the co-founder of the new league, Ice Cube told the publication he has been instrumental in the planning, development and execution of the league’s start-up. He initially considered taking on the responsibilities of acting as BIG3’s commissioner until Mason agreed to the position.

“I thought of this concept as a fan who got sick of seeing his heroes retire and not play anymore,” Ice Cube said. “A lot of these guys can still play once they retire – just not the back-to-backs or four games in five nights. I started to look at three-on-three basketball and wondered, ‘Why isn’t this played on a pro level?’ It’s the most normal form of basketball. And from there it was like, ‘Yo, why don’t we make this happen?’

“Not only do we get a chance to see these guys keep playing, but we give guys who retired who still got some game – who don’t want to pick up a [microphone] on TV and who don’t want to go overseas to play,” he continued. “Some of these guys still want a stage to play on.”

The BIG3 consists of eight teams of five players—two “bench” players and three “starters.” Former NBA players such as Stephen “Captain Jack” Jackson, Rashard Lewis, Jermaine O’Neal, Kenyon “K-Mart” Martin, and Jason “White Chocolate” Williams have already expressed interested, and former L.A. Laker Gary Payton has signed on to be a coach. As negotiations to secure a television rights deal continues, a formal news conference to introduce the BIG3 is set for January, when more players and coaches are expected to be committed to the league. The season is scheduled to start June 24 with the teams touring for 10 weeks throughout the summer. The end goal is to take the BIG3 worldwide.

“We are going to take this league to some places that don’t have an NBA team,” Cube said, “and [eventually] take this show around the country and world.”