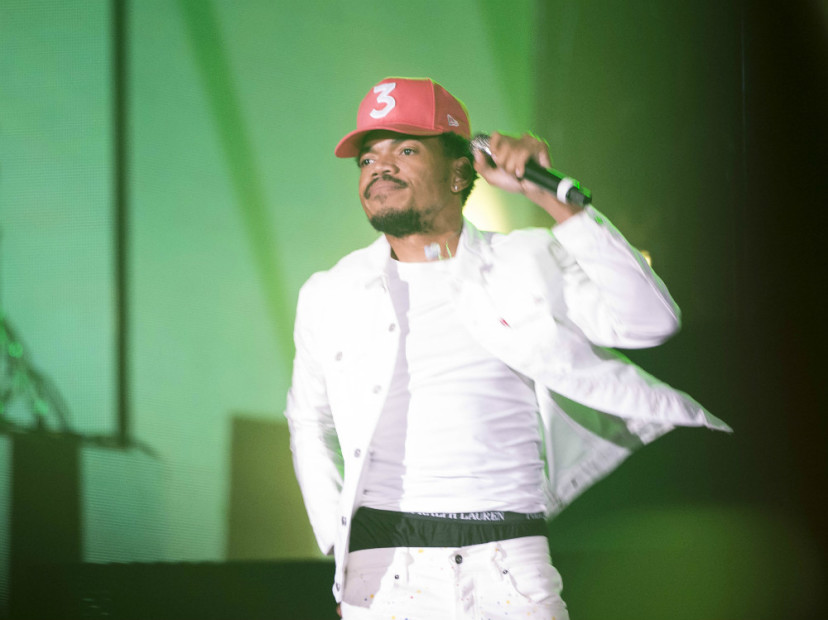 Chance The Rapper: "I’m Not Afraid Of A Trump Presidency"

As his friend Barack Obama prepares to leave the office of President of the United States, Chance The Rapper says he is “not afraid” of what’s to come as Donald Trump steps into the role of Commander in Chief.

In a cover story for GQ, the Chicago MC explains why he has confidence that the world will not end when the real estate mogul enters the White House.

“I want to be the good guy,” he says, sharing lessons he’s learned from his father. “And sometimes the good guy sounds like a lame thing. But the good guy, in what I’ve seen happen so far, the good usually wins. That’s why I’m not afraid of a Trump presidency.”

He continues by saying that Trump‘s motto “Make America Great Again,” didn’t resonate with the people he is trying to represent.

“‘Make America Great Again,’ that’s not a real thing because shit ain’t really switched up for them,” he says. “It’s not really going that bad for you. If you feel like you’re the under-represented, under-appreciated side of Middle America that is white—quote me—you need to, uh, toughen up, nigga! Somebody gotta punch you in the chest, because shit is sweet for you. You know what I’m saying? I would say to everybody, you know, the world is coming together.”

Instead of being distraught by Trump winning the presidency, he encourages fans to look at the unity around them. He offers his music, including HipHopDX’s 2016 Album of the Year Coloring Book, as a voice of hope.

“People are raising their kids to be more and more knowledgeable and understanding,” he says. “I would say the main reason not to be afraid is that I’m making music for your kids now. I’m coming so clean-cut with the message of hope and understanding, and the Word, that it’s like: What could you be fearful of?”

Read the full story at GQ and view Chance The Rapper’s cover below.