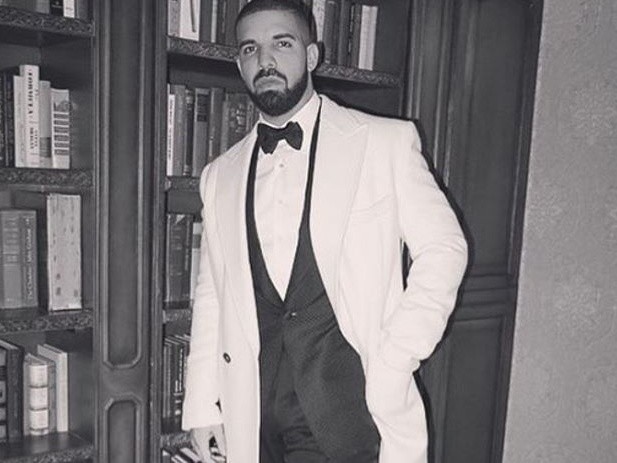 Canadian singer/rapper Drake earned a major honor this week when he was dubbed the best-dressed man in the world by the U.K. branch of GQ magazine.

Drizzy, who serves as a new entry to the annual list, is joined by the likes of London Mayor Sadiq Khan and actor Ryan Gosling on GQ’s 50 Best-Dressed Men 2017 list.

Conrad Quilty-Harper, News Editor at GQ, applauded Drake for his ability to boldly rock a wool turtleneck in his “Hotline Bling” video. He was also given kudos for his unique look, which was described as a combination of “grime-y terrace fashion” and “preppy American court-side sportswear.”

“You can’t talk about Drake in 2016 without mentioning that wool turtleneck in ‘Hotline Bling,'” Quilty-Harper said of the billion-view video that dropped in 2015. “The music video, which echoed endlessly around the internet, was as much a cultural moment for his awkward uncle dancing and intimate lyrics as it was for the baggy jumper, sweatpants and Timberlands…Drake has been keenly and consistently developing a unique look over the last few years, which combines grime-y terrace fashion inspired by Italian menswear brand Stone Island, with preppy American court-side sportswear.”

A$AP Rocky, also a newcomer to the list, was given props for having permeated the fashion world as the face of Dior Homme.

In a separate list from the same publication, both Tyga and Nick Cannon were named among the 10 Worst-Dressed Men In The World, with Tyga’s style being described as “more Halloween costume than hardcore hip hop.”

See the Best-Dressed and Worst-Dressed lists at GQ.com.