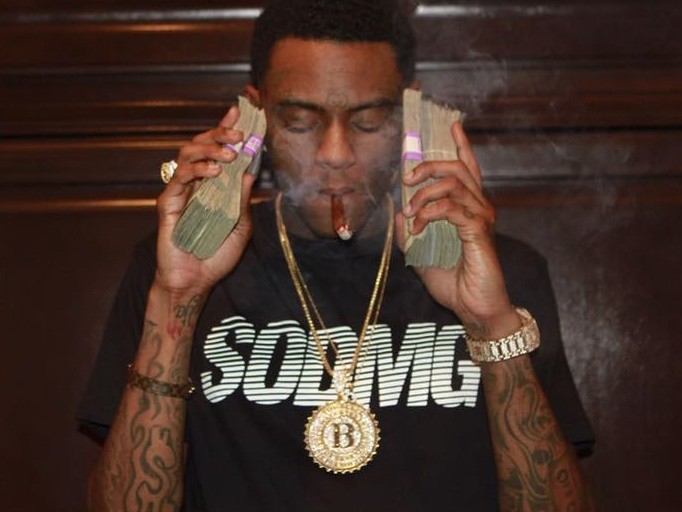 Update: Soulja has changed the name of his account to @souljaboybabydraco, where you can still follow his various adventures. He deleted his most recent beef posts and issued an apology for his online behavior.

Another update: And now Soulja Boy is back at his @souljaboy account.

To top off a week filled with a near infinite number of social media stunts from Soulja Boy, it now appears that the Atlanta rapper no longer has an Instagram account.

A visit to the musician’s profile on the popular social networking site leads visitors to a “Sorry, this page isn’t available” landing page.

It’s possible that Soulja wanted a break and deactivated his account himself, but it’s also possible that he was kicked off for violating the terms of service.

The disappearance of Soulja’s IG came mere hours after he nearly ended up in a physical altercation with an alleged Chris Brown affiliate during a visit to Compton. Many were quick to assume that the rapper was robbed, but additional video footage proved that this wasn’t the case.

Soulja chucking the deuces to the ‘Gram also comes days after he and Brown began swapping threatening videos on social media, after Soulja commented on a photo of Brown’s ex, Karrueche Tran.

Breezy offered to give Soulja a “grown man ass whooping,” while Soulja quickly took offense to Brown’s claims that their beef is “imaginary.”

As of today (January 4), Soulja Boy’s Facebook and Twitter accounts are still active. The rapper has made no mention of his deleted Instagram account, but continued to throw shots at Brown on Wednesday morning.

Setting up the boxing match with Chris brown Bitch Ass. Wanted adrien Bronwe to train me but he can't so I'm getting Floyd. Fuck CB

Chris brown leaked my phone number. That's a bitch move I got his number but didn't do that. He's the definition of a FUCK BOY