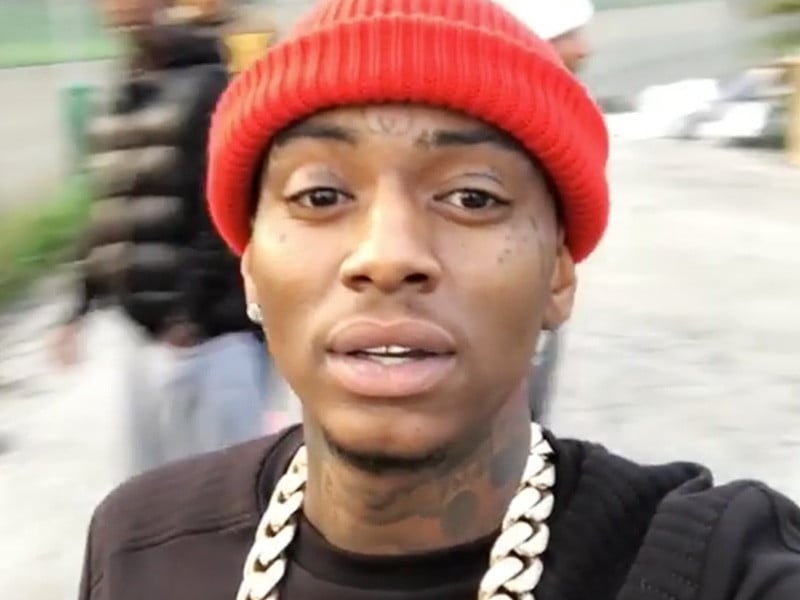 Soulja Boy took his Instagram followers on a live tour of Compton Tuesday night, with the intention of showing off how well-protected he is in light of his ongoing issues with Chris Brown, and for a second, it looked like the stunt was about to backfire on him.

Soulja filmed himself roaming the streets with an assortment of locals he describes as Fruit Town Piru members, talking tough about catching fades at the top of his lungs as his entourage backs him up.

“They say Soulja ain’t from the hood,” Soulja shouts as he throws his arm around one guy, who throws it right back while looking visibly annoyed. Then the phone drops, there’s some commotion, and someone picks it up and ends the recording.

The man in the video with Soulja appears to be the same one from a video Chris Brown shared previously, calling out Soulja for not being from the hood while surrounded by gun-wielding goons.

Plot Twist… the guy Soulja Boy tried to hug and got mushed was this guy w/ the smiley face on his shirt in this video Chris Brown posted pic.twitter.com/s5WAY3hkqM

It was at that moment that the internet exploded with speculation that Soulja had just been jumped and had his phone stolen.

Several rappers (and pretty much every rap fan on social media) reacted to the clip, including current nemesis Chris Brown, Waka Flocka Flame and Lil Durk, who did a not-so-dramatic reenactment of the scene.

I love seeing rappers get a reality check ?

Then another angle from the run-in popped up showing Soulja ready to throw hands before a few guys stepped in to stop the fight and seemingly to protect him.

Minutes later, Soulja had his phone back and was back using it to show everyone that he was fine.

This whole Chris Brown/Soulja Boy beef kicked off after the “Crank That” rapper commented on a photo of Brown’s ex Karrueche on Monday. It’s been raging pretty much non-stop ever since.