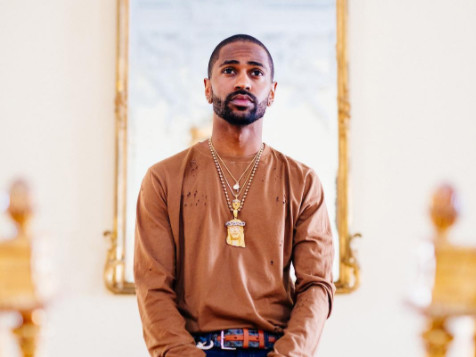 During an excursion to a Motown exhibit featuring label founder Berry Gordy, Big Sean was moved by what he heard. As he puts the final touches on his forthcoming album, I Decided, the 28-year-old Detroit native explained to Entertainment Weekly that R&B and classic soul was a motivating factor on the more focused concept of the album.

“I was just at this Motown exhibit with Berry Gordy with my mom,” he said in the interview. “He was talking about Marvin Gaye and Stevie Wonder and The Temptations and how one of the things they did was inspire people. They inspired people to have a good time, to do better — to be a better version of themselves. That really stuck with me. That’s what I want to do, too.”

The overall concept of the album, the follow-up to 2015’s Dark Sky Paradise, essentially tells the story of man’s rebirth, which was inspired by firsthand experiences. “I [told my friend], ‘Sometimes I feel like I was an old man and didn’t succeed in life and asked for a second chance, and this is my second chance,'” Sean Don explained. “He was like, ‘Make that the album.’ People who can be inspired by it, that’s who I’m doing it for. Everybody else can f— off or whatever.”

Sean uses his recent song “Bounce Back” as an example of his intent to not overcomplicate the message he’s trying to convey on I Decided. “You don’t want to overdo it,” he said. “I’m not trying to sit here and preach to people. You can get [a message] across with a song like ‘Bounce Back.’ We’ve all bounced back from something before, so that fits my story perfect, but you never would have known that from hearing it by itself.”

I Decided features guest spots from Chance The Rapper and Jeremih, but a few Instagram posts hint at contributions from Pharrell, Bruno Mars and Diane Warren. I Decided is scheduled for a February 3 release.

Luv to my bro @brunomars!! Congrats on that new heat #24kmagic