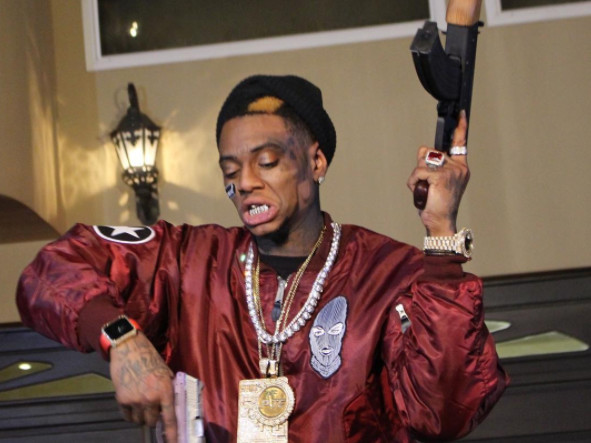 After Soulja Boy shared a diss track titled “Beef” aimed at Quavo on Monday night (December 5), Charlamagne Tha God got his hands on it and obliterated Soulja on air during The Breakfast Club‘s “Donkey Of The Day” segment. The popular New York City radio personality clowned the Atlanta transplant for toting a “big ass gun” and waving it around while dissing the Migos rapper, which Charlamagne dubbed “negro nonsense.” He then gives Soulja an ominous warning after saying he “can’t wait for the day he shoots himself.”

“I don’t wish bad on anyone, but I love to see karma work,” Charlamagne said. “It’s only a matter of time before you dancin’ with a pistol and you hit the dab the wrong way, and the gun goes off and accidentally shoots you or someone you love.

In response, Soulja posted a video on Twitter of him thanking Charlamagne for the “free promo,” which DJ Akademiks shared on his Instagram page.

Soulja Boy turns up to the audio of him getting Donkey of the Day and says he appreciates the promo .. and radio air play for his diss song pic.twitter.com/g5hs8qOc6p

However, on Tuesday (December 6) afternoon, Soulja reached out to Charlamagne and asked him for an interview. The Breakfast Club host was seemingly happy to oblige. Most likely, this is not the end of it.

@souljaboy Word. Come thru. Would love to build with you. You too smart too be on this clown shit bruh. Too much real shit going on.