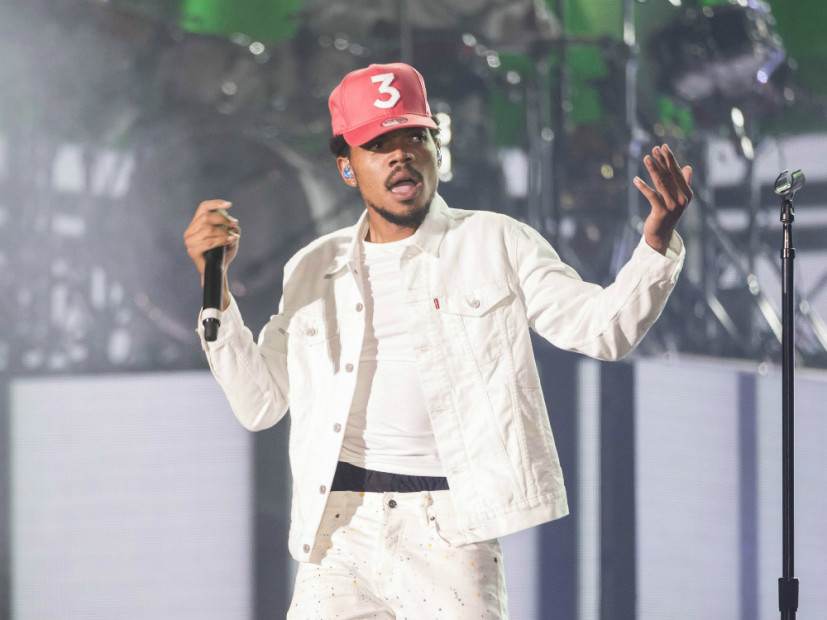 The 2017 Grammy Noms Are Here & So Are The Twitter Reactions

The Internet – The nominations for the 59th Grammy Awards were announced today (December 6) to much fanfare with Beyoncé leading the pack with nine nods, followed by Drake, Rihanna and Kanye West with eight chances to win awards. Chance The Rapper already made headlines for helping change the rules that allow for streaming-only projects — a.k.a. mixtapes — to be acknowledged by the Academy, and makes news again by getting seven nominations.

Of course, some of the artists nominated shared their joy at having some respek put on their name, including Chano.

Glory be to God. I'm nominated for 7 #grammys. Thank you to everyone who worked on Coloring Book, I love you.

I'm so happy! Me & my bro @fatjoe work so hard & it's been noticed by @RecordingAcad -2 Grammy noms?Holy crap??thank u all #humbled #blessed

Suicide Squad Soundtrack up for a Grammy, haaaay! #Gangsta

I just got my second Grammy nomination for participation in Suicide Squad which is up for Best Compilation Soundtrack for Visual Media. Unreal. Now, I will have ice cream for lunch. And maybe dinner. Love you all. Cheers to all my nominated homies and home-etts, music is fucking awesome.

Exchange is nominated for a grammy. to all the folks in louisville, remember it's Possible here. big thanks to the Academy!

THEY GONE THINK I WON A GRAMMY

While Drake was quiet on his recognition, Norm‘s here to represent for Canada.

Congrats to @Drake, @justinbieber, and @Nineteen85 on the Grammy Nominations! ??

Congratulations To Chance The Rapper!

Twitter erupted for Chance The Rapper breaking barriers as an independent artist. The memes, praise and positivity were rolling in.

Not gonna lie I'd love to see chance leave out the Grammys with his hands full. Love that guy.

We'll take any excuse to break out this GIF, but 7 #GrammyNominations is definitely worth it. Congrats, @chancetherapper! pic.twitter.com/HVIwmxiyqX

As a part of this underground/independent artist hip hop community I'm excited for @chancetherapper on his Grammy nominations.Salute brother

. @chancetherapper very cool man! Congrats on the Nom!!! You deserve it !

Tip of the cap to the Chicago boys @patthemanager & @chancetherapper with 7 Grammy Nominations ??
?No Label?

It's gone be crazy when @chancetherapper thank me in his Grammy speech for the time I loaned him some Ralph Lauren socks for his first tour.

@chancetherapper is nominated for seven Grammys and has no label, if that doesn't prove to you that anything is possible than idk what will.

"Chance the Rapper got 7 Grammy nominations with NO PHYSICAL COPIES"

Not Everyone Was Happy … Snub Season?

Questlove wasn’t feeling the nominations and maybe has lost faith in the system, saying he didn’t even turn in his ballot. This echoes the sentiments of many others, including Kanye West and Rapsody who have publicly questioned the Grammys’ ability to understand Hip Hop.

didn't turn in noms for this years grammys….—looks like a lot of us didn't https://t.co/UzVc7W6c2Y

No birds nominations. Grammys are. Kind to what's cool and what the kids love. We need a Grammys for what's really popping @trvisXX

Kanye West and David Bowie miss out on Grammy's Album Of The Year nods https://t.co/bc7oqdAgqF pic.twitter.com/aB98W4azaS

Frank Ocean wasn’t nominated for any awards since his team didn’t submit his Blonde album for consideration. Twitter had mixed feelings as many believed his project was worthy, but supported his decision.

Good on Frank Ocean for snubbing the Grammy's this year. Wasn't worth Blonde's time.

love frank ocean for sitting out grammy's. they really are ridiculous. can anyone define "contemporary urban" music?

Kanye had threatened to boycott the Grammys if they didn’t break the rules and nominate Ocean anyways. Taxstone had a joke about that.

Ye gone run out the hospital straight to the Grammys in a gown I.V still in "YALL SERIOUS ?? FRANK OCEAN DIDNT WIN ?? "