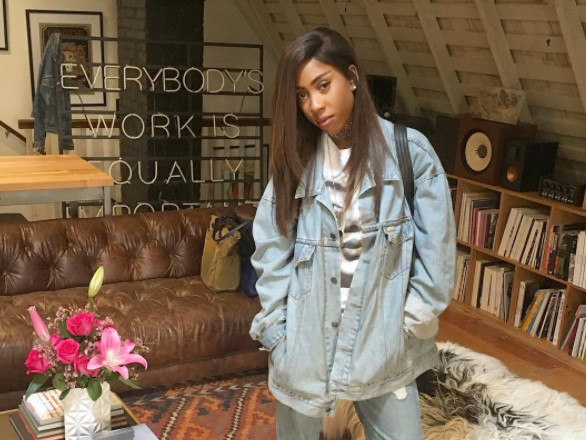 As R&B songstress Sevyn Streeter prepares to unveil her debut album, Girl Disrupted, the Atlantic Records artist has revealed her North American tour dates for the Girl Disrupted Tour. Kicking off January 12 in St. Louis, Missouri, she has 18 additional dates scheduled along the way before wrapping up in Los Angeles on February 12.

The tour follows three of the album’s singles, “Prolly,” featuring Gucci Mane, “My Love For You” and “D4L” with The Dream. Girl Disrupted is scheduled for a January 27, 2017 release and each track comes with an intriguing visual to coincide with what her team has dubbed the “Girl Disrupted” video series. Each month leading up to the release, they will premiere a video alongside every new song.

Her name also popped up in headlines after she was banned from singing the National Anthem at a recent Philadelphia 76ers game for wearing a shirt that read “We Matter,” referencing the Black Lives Matter movement. However, the 76ers recognized they were wrong for censoring her and she will, in fact, get to sing the National Anthem on December 16 wearing the very shirt that caused the initial uproar.