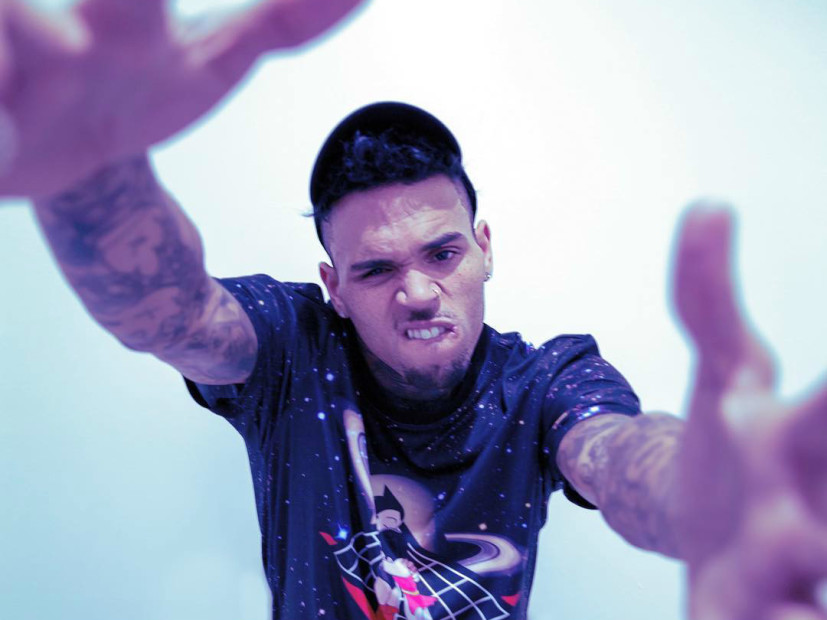 Chris Brown continues his declaration of innocence after an hours-long standoff with the police last week. In an interview with Good Morning America, C-Breezy shares some of his story where a former beauty pageant winner accused him of pointing a gun at her and he was arrested for suspicion of assault with a deadly weapon.

“My character’s been defaced,” he says… “I’m glad that all my real supporters know me and know the truth and they’ll see the truth.”

Along with Breezy’s cry of defamation, the site also claims to have a text from Brown’s accuser, Baylee Curan, sent to a friend the night of the alleged incident.

“This freak Chris Brown is kicking me out of his house because I called his friend’s jewelry fake,” the text reads. “I’m going to set him up and call the cops and say that he tried to shoot me. That’ll teach him a lesson. I’m going to set his [expletive] up.”

Curran’s story has been questioned, especially as former roommates have come forward painting her as a habitual liar.

Police reports say that the supposed jewelry was not found and neither was a gun after law enforcement searched Brown’s home for evidence in the case. Surveillance footage from the house also does not corroborate any of Curran’s story.

The singer was released on $250,000 bond and has not been charged. He is scheduled for arraignment in two weeks.

Brown also claimed defamation at the top of the year when a woman accused him of punching her in Las Vegas. That saga resulted in both parties suing each other.