Sevyn Streeter Invites Fans To Take Dance Class With Her 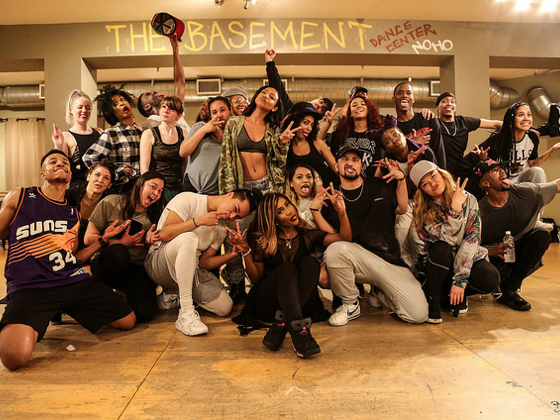 For Sevyn Streeter’s upcoming album, besides Facebook banners, billboards or ads in music magazines, the singer is seeking to promote her new music by interacting with her friends and fans with dance classes around the country.

“I don’t even like to call it promotion because it’s just fun,” Streeter says in an exclusive interview with HipHopDX, “just another form of just kinda getting people into the new music.”

The Haines City, Florida native hosted a class Monday (February 29) at The Basement in North Hollywood, California to “Consistent,” a song from Shoulda Been There Pt 1 EP. The choreography was created and taught by Randi Kemper and Hefa Tuita, who have performed with Beyonce, Chris Brown and Usher.

Streeter says the concept of the song is an honest story from her own experiences.

“The hook is saying at least he’s consistent although he plays a game of checkers with my heart,” she says. “Basically, what the song is talking about, I’ve definitely have been through it. It’s like where somebody is, I hate to say it, but consistently average. They are consistently average and that’s where the concept of that song came from. Sometimes you have to make the choice to whether or not do I deal with somebody who was there on a consistent basis, even though I’m not doing exactly what I want, but at least I have somebody there. I have somebody to hold me at night. I have somebody to talk to. I might not be getting exactly what I want, but at least he’s consistent. So I’m not saying that that’s a good thing, but it’s a story and it’s a story that happens to a lot of different people, men and women.”

The theme of the song is similar to the way Streeter wants people to come to take dance class with her. She started dancing as a teenager and says she has loved it ever since. She encourages people who don’t dance, but love music, to come and just have fun.

In the same fashion that “Consistent” isn’t about right or wrong, the singer says that class isn’t about getting the steps right.

“There’s something about the energy of class,” she says. “It’s fun to shoot videos and have performances, but taking class and having classes, it’s like that’s when you get to mess up and you get to goof around and you get to learn new grooves.”

Streeter leads by example with this attitude when she takes class with her fans. She whips her hair around and laughs and gives high fives. These moments are a relief from her daily routine.

“It is such a relief for me because like I said, a lot of other things that we have to do as artists, there’s a lot more pressure involved,” she says, “and it’s like I got to let my hair down [Monday] and I live for that type of stuff.”

With new music around the corner, Streeter hopes to do classes in different cities for each single she releases. She says fans can expect her album in the summer, around July or August. While Shoulda Been There Pt 1 and her recent singles, which include a cover of Bryson Tiller’s “Don’t,” are mid-tempo and call for smoother, sexier dance moves, the 29-year-old says she is excited to pick up the tempo and incorporate more dance into her art.

“I swear every time I hear one of my songs, I’m like, ‘Ooo, the video should look like this,’” she says. “My mind automatically goes to the movement and the choreography of it all.”