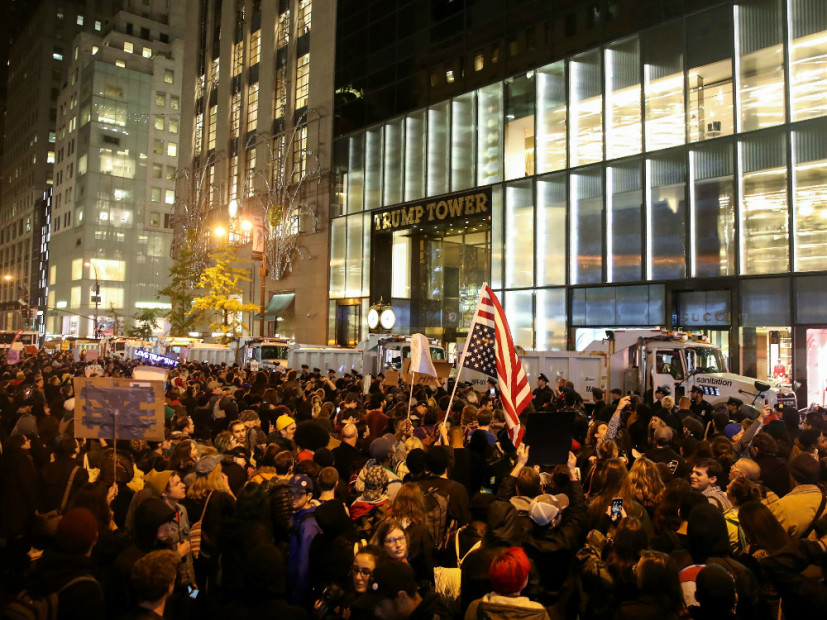 For the second time in the last five elections, the popular vote has not matched up with the electoral college, and the candidate that most American voters want to see in the Oval Office will not be President.

Despite Donald Trump‘s victory, the New York Times reports that Clinton trumped the Republican by more than 200,000 votes in the popular vote.

It’s a confusing system, no doubt, one that doesn’t even have the endorsement of the man who has just benefitted from it more than anyone since 2000 when George W. Bush beat out Al Gore in the electoral college.

The electoral college is a disaster for a democracy.

Given Trump’s history of rhetoric deemed racist, xenophobic and sexist — coupled with the fact that a majority of voters do not want him as President — the protests that have followed Election Day are something of an inevitability.

Thousands of Americans, including Meek Mill and T.I. marched and picketed from coast-to-coast against Donald Trump’s upcoming presidency, and the footage has gone viral across social media platforms.

In Chicago, many gathered outside the President-elect’s Trump Tower, chanting “Fuck Donald Trump.”

I'm glad my city has common sense. Can we get rid of Trump Tower in Chicago? pic.twitter.com/OKDrOY96SH

Streets in Richmond, Virginia were also shut down by huge numbers of people protesting their new President.

Other protest footage has also emerged on social media from marches in New York, Philly and Oakland. Rapper Meek Mill joined the crowd’s in Philly and helped get them geared up, leading a call of response of “Fuck who? Fuck Trump.”

It seemed as though the most intense situations developed in Oakland, California where crowds lit fireworks in response to police declaring the protest unlawful assembly and used tear gas.

Thousands of people across the U.S. took to the streets to protest Trump.

T.I. also documented his experience of last night on Instagram, where he joined the protest outside of Trump Tower:

"she got more votes" "we reject the president elect" The people ain't goin for it…. I'm right here wit em!!!! #USorELSE

"Pu**y grabs back" tho? They ain't feeling this shit!!

ABC News has reported that incidents of vandalism and injury were reported across the country, with a total of 124 arrests being made over the protests.