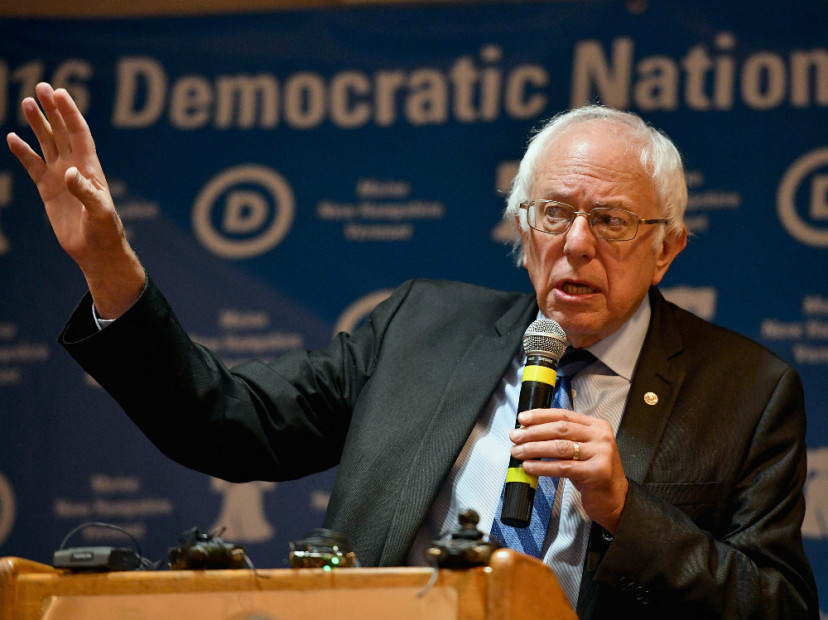 Bernie Sanders shared his disappointment in the election results that deemed Donald Trump the next president of the United States yesterday (November 8).

The one-time Democratic candidate’s initial statement, released to CNN through one of his top advisors today (November 9), was, “we have nothing polite to say right now.”

As the day went on and the reality of the election set in, Sanders released a full statement expressing his thoughts on how Trump captured the nation’s attention and votes.

“Donald Trump tapped into the anger of a declining middle class that is sick and tired of establishment economics, establishment politics and the establishment media,” Sanders said, according to the Eagle-Tribune. “People are tired of working longer hours for lower wages, of seeing decent paying jobs go to China and other low-wage countries, of billionaires not paying any federal income taxes and of not being able to afford a college education for their kids — all while the very rich become much richer.”

He continued by saying that he is willing to work with the new president to truly make America a great place for its people, but will not participate in activities that he opposes.

“To the degree that Mr. Trump is serious about pursuing policies that improve the lives of working families in this country, I and other progressives are prepared to work with him,” the Vermont senator said. “To the degree that he pursues racist, sexist, xenophobic and anti-environment policies, we will vigorously oppose him.”

In his run for president, Sanders got a major endorsement from Killer Mike. After Clinton was named the Democratic candidate over Sanders to oppose Trump, the Run the Jewels rapper said he wouldn’t be voting for either party.