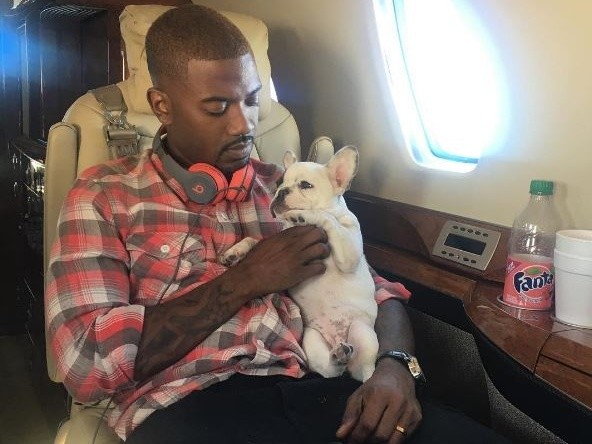 Months after Ray J and Chris Brown popped off on social media and in interviews following the release of Kanye West’s “Famous” music video, the duo now plan to release a song addressing the controversial visual.

Billboard reports that Ray J plans to address “Famous” on a record of his own, which interestingly enough is also titled “Famous.” The song will feature Brown, and will appear on Ray’s upcoming independent album Raydemption.

“You can’t fault me and Chris for responding to all the things that have been done about us [in the media] over the last few months,” Ray J said while addressing his upcoming song.

Following the release of the video this past June, Ray J showed he was less than pleased with being included in the tableau of naked celebrities. According to the singer, the record even played a role in causing stress on his relationship.

“I’m engaged. My marriage is all messed up ’cause of craziness,” he said while speaking with Entertainment Tonight, months ago. “I’m not part of nothing crazy. I walk down a good path. [My fiancée] tripping. It’s all bad in my world, and that ain’t cool. Don’t put me part of nothing that’s weird, that don’t make no sense.”

In regards to his upcoming album, Ray says he was content with his musical hiatus until he stepped foot in the studio.

“I really wasn’t going to put out another album because I was doing my tech and bikes,” the singer said, referring to his Raytroniks company. “But I went in the studio, and I felt like I was just connecting with the music. The bars started coming.”