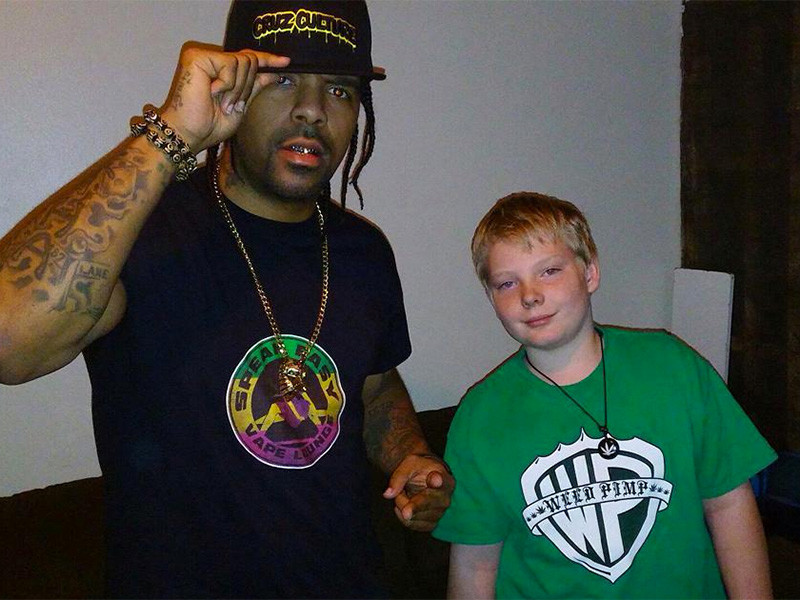 Texas rapper Lil Flip proved what kind of person he is this week by visiting a young fan who ended up in the hospital after being stabbed by bullies at his school.

Kyler Davila, a student at Carmel Middle School in Colorado Springs, Colorado, ended up in the hospital when a knife attack by bullies caused one of his lungs to collapse.

His favorite rapper, Lil Flip, was in town to play a show and swung by Kyler’s home to cheer him up and help him out with a special project he’s working on.

Kyler was bullied because he can’t wear normal shoes. After the stabbing, Kyler had three pairs of shoes donated to him that he passed on to other kids. Speaking to FOX21 about the aftermath, young Kyler said “I had three pairs of shoes donated to me because I was being bullied about my shoes and I really liked the feeling and I didn’t want other kids to get bullied because of their shoes and I wanted other kids to have that same feeling so I started collecting them for other kids.”

Not only did Flip pay this young man a visit, but he also said he’d be donating a bunch of shoes to help Kyler’s efforts.

Watch a clip of Lil Flip’s visit to Kyler in this report below.

If you’re nearby and want to help Kyler’s campaign, you can drop shoes off to a collection box at WP Nation at 2509 Platte Place Suite A in Colorado Springs.