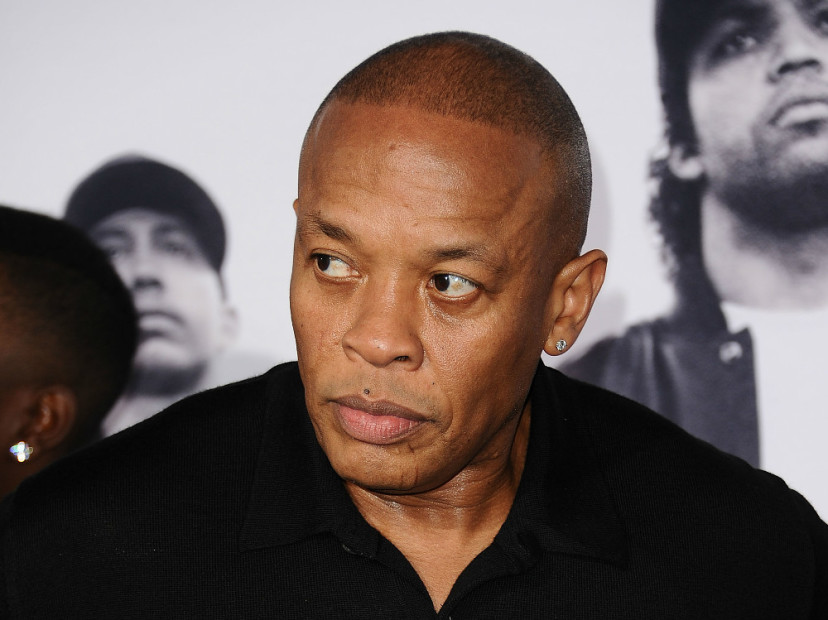 Los Angeles, CA – Suge Knight is reportedly suing Dr. Dre for allegedly hiring a hitman to kill him over his Beats By Dre deal with Apple.

Suge is claiming he and Dre had a lifetime management deal, entitling Knight to 30 percent of Dre’s entertainment earnings, which included his partnership deal with Apple and the Beats By Dre brand, TMZ reports. The deal made Dr. Dre Hip Hop’s first billionaire and was partly responsible for Forbes naming him the top Cash King after the publication celebrated a decade of curating the top-earners in the rap game.

The suit names Dre, Apple, Universal and Tam’s Burgers as defendants for unspecified damages, including his 30 percent cut from Apple buying Beats for $3.2 billion in 2014.

According to the lawsuit, Dre wanted out of the terms of his contract with the Death Row mogul and allegedly hired a hitman to murder Knight. Suge suffered wounds to the abdomen after being shot seven times at Hollywood nightclub 1 OAK during VMA weekend in 2014. He also announced earlier this year that he’s suing Chris Brown, who was hosting the party that night, for not providing proper security at the venue.

Suge says even though there were 37 cameras in 1 OAK, no one was arrested for the shooting. The case cites court documents from April that say an individual who goes by the name T-Money told the L.A. County Sheriff’s Department that he was paid by Dre to kill Suge. The suit also claims that Dre and Universal paid a man named Cle “Bone” Sloan $300,000 to take care of the “Suge problem.”

Suge currently sits behind bars for a hit-and-run at Tam’s Burgers in Compton that caused the death of Terry Carter, where Sloan was also injured. Suge claims the incident was an accident and he was trying to escape an ambush after visiting the set of the N.W.A biopic Straight Outta Compton. Knight cited the 1 OAK incident in court as reason for him being afraid for his life.

A lawyer for Dr. Dre tells TMZ that Suge is the one in the wrong as the two haven’t associated with each other since 1996.

“We hope that Suge’s lawyer has lots of malicious prosecution insurance,” the Doc’s lawyer says.